This week our BFS Model United Nations Club took part in the Yale Model United Nations Korea Conference in Seoul (May 19-21). Seven BFS students from 8th-11th grade, coached by Mr. Neeno and Ms. Wiehe,  participated in the conference along with 200 other students from seven Asian countries. Teams came from as far away as Kazakhstan to take part in the conference, held at the Parktel Hotel in Seoul’s stunning Olympic Park.

This year our students took the role of delegates from two countries – Argentina and Switzerland, analyzing their countries’ strengths and weaknesses, and representing their interests in a simulated United Nations. Students took part in six committees – The UN the Security Council, the Human Rights Committee, the Legal Committee, the Committee for Disarmament and International Security, the UN Committee for Gender Equality and the Empowerment of Women, and a Security Council set in the Cold War.

Our BFS team: Amy Jung, Ran Wang, Harrison and Bini Lee, Ilya Kim, Neisha Priestley, and Eleasah Whittaker debated issues and drew up proposals to deal with such real world issues as the crisis in the South China Sea, eliminating world hunger, the current mass incarcerations in Turkey, protection of religious minorities, prevention of honor killings and child marriage, the demilitarization of outer space, and cybersecurity.

Ilya Kim had the particularly challenging task in the highly charged Cold War Committee, where they had to deal with the Cuban Missile Crisis and the 1961 Congo Crisis. Representing Argentina, Ilya expertly crafted a resolution that was endorsed by both the US and Soviet delegates, and was recognized for this when he was awarded The Outstanding Delegate Award.

But even more than winning awards, our BFS students honed their speaking and negotiating skills, gained insight into how the real world of politics and international diplomacy works, and forged friendships that will last a lifetime. Hats off to our BFS Model UN team! 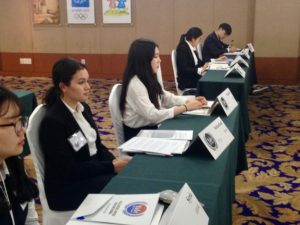 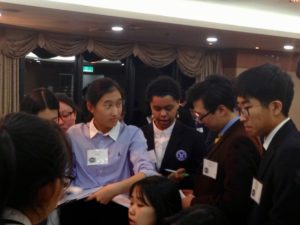 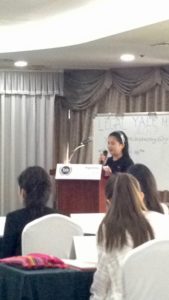 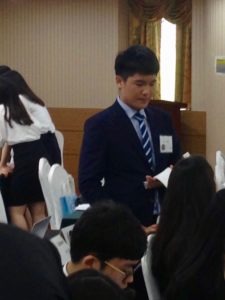 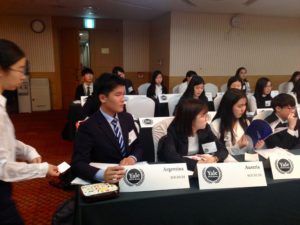 Today was Experiment Day in the PreK3, K4 and K5 classrooms. The students rotated between…