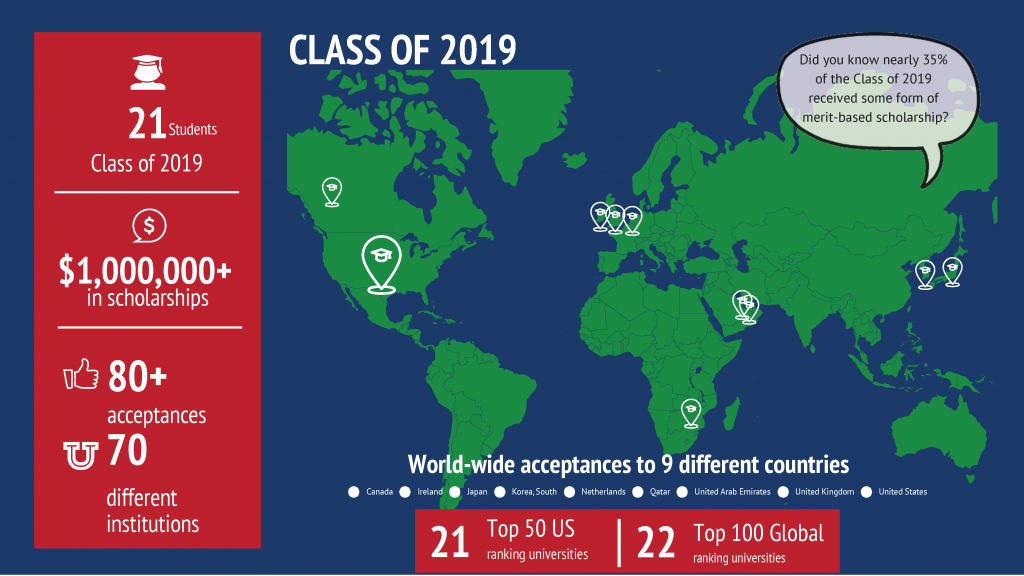 Congratulations to the Class of 2019. Here are some of their accomplishments: