skip to Main Content
The third grade library class performed two readers theater performances about bullying. One play was called Lace Up Against Bullying which was inspired by true events in which students joined together to stand up for a student who was being bullied. The third grade class did a great job getting into character and using props. The second play was a verse about bullying and what you can do to stop it. It was very powerful in that students had to work together in doing the sounds and actions in unison. One group of students even created a bullying poster that they worked on during their recess time.
The fourth grade class had a readers theater performance about bullying. It was a verse in which all students had various lines and actions. The used fantastic expression and worked together as a group. In addition to this assignment, I gave them a choice to either create a skit about bullying or design artwork about bullying. I gave them a few days to work on this before we had our performance. I had two groups create skits which bullying and being a bystander was addressed. I had a coworker even say they got goosebumps during the performance!
I’m so proud of these students and that bullying will not be tolerated here at BFS!
By Amy Wesen, librarian. 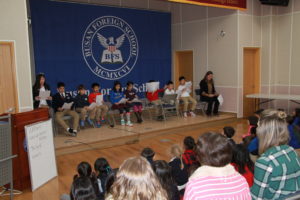 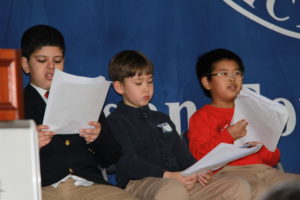 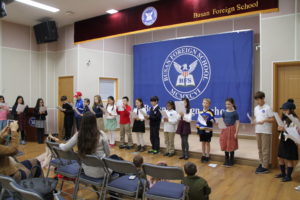 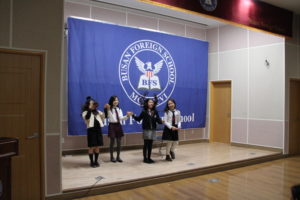 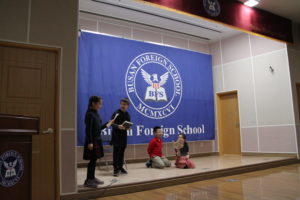 A word from the Principal

Dear Parents, Our school year is off to a fantastic start. Our mission as a…

The BFS' student newspaper May 2022 edition has now been published! Check it out for…

Did you know that on average, children grow about 2 inches (6 cm) per year?

Did you know that on average, children grow about 2 inches (6 cm) per year?…