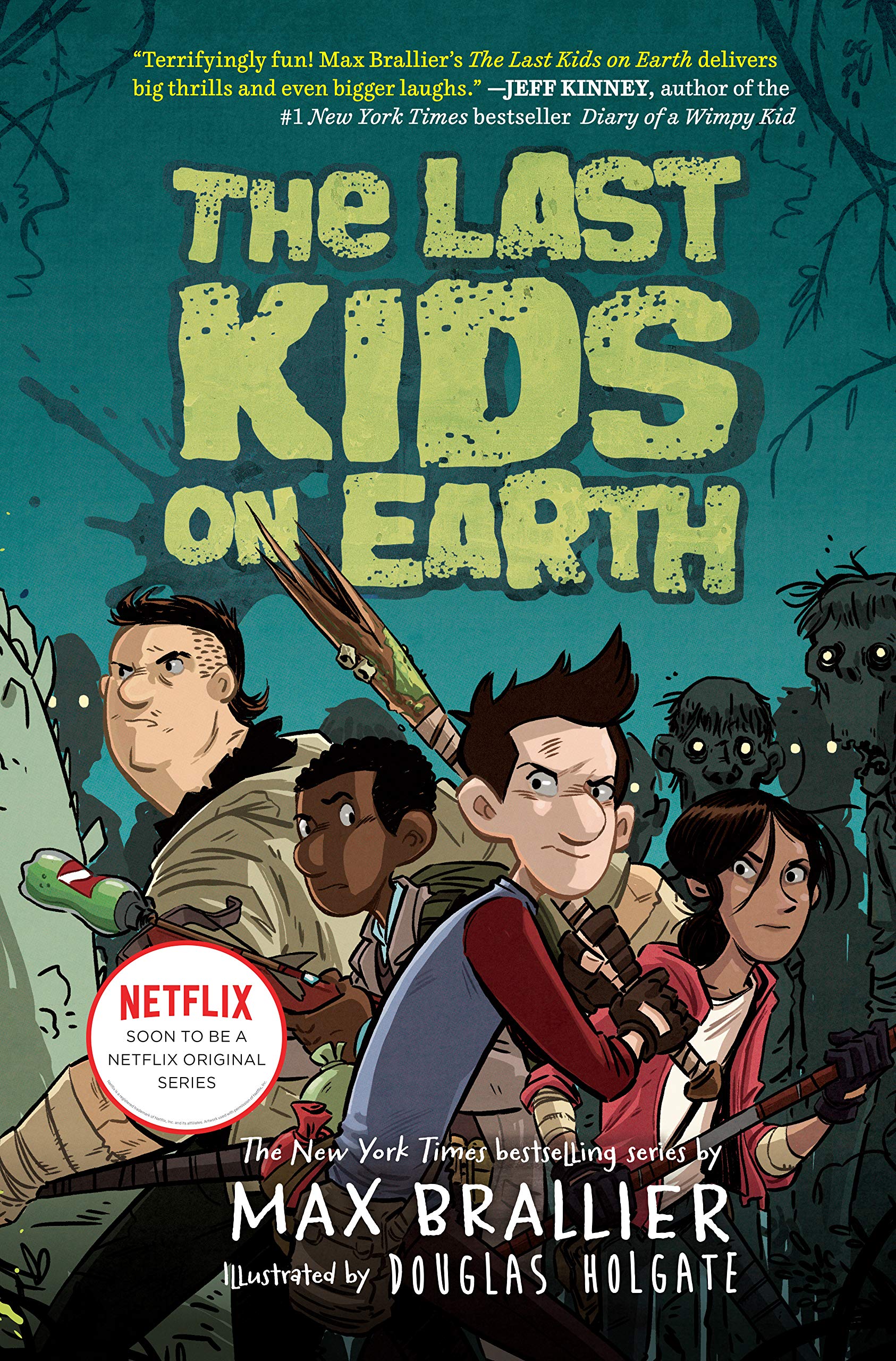 The Last Kids on Earth by Max Brallier
Adventure Fiction

The Last Kids on Earth is a book about a boy named Jack who has to survive the end of the world along with his friends. This book is adventurous and most of the characters, places, and creatures are believable. It also includes some romance in it. The book is about everything getting zombified like pets, places, and the environment! Jack and his friends fight, rescue, interact with each other, and sometimes be silly and creative in their new apocalyptic environment. You will see different characters, creatures, and places in almost every chapter. I like this book and I would rate it five out of five because it’s set up perfectly with believable characters. I would recommend this book to people who like adventure, action, and monsters. If you are interested in this book, you can read the series which is still coming out. Currently, there are five books with a sixth one underway. There are a few side stories like June’s Wild Fight, but the six books I’m speaking of are the ones that contribute to the main story like The Last Kids On Earth And The Midnight blade.

The Horse and His Boy by C.S. Lewis

Clean Getaway by Nic Stone Realistic Fiction The author of this book is Nic Stone.…