On April 15, 2018, Hyunzu (Sunny) Kim in 11th Grade participated in the Foil section as a representative of Busan Foreign School in the 2018 Fencing Club Korean Open Competition.

She played against other female competitors of her age and won second place.

If I continued my commentary from my last quote, I would like to say that I’ve improved mentally and physically. I prepared for this game for months and learned to stabilize my mind so that I don’t freak out in the middle of a game. You have to be thinking of ways to overcome your opponent while adrenaline is racing through you, but you also have to be able to control that rush of energy properly. That requires a sense of control that could be snapped at any given moment.

Keep up with the good work Sunny. You make us proud! 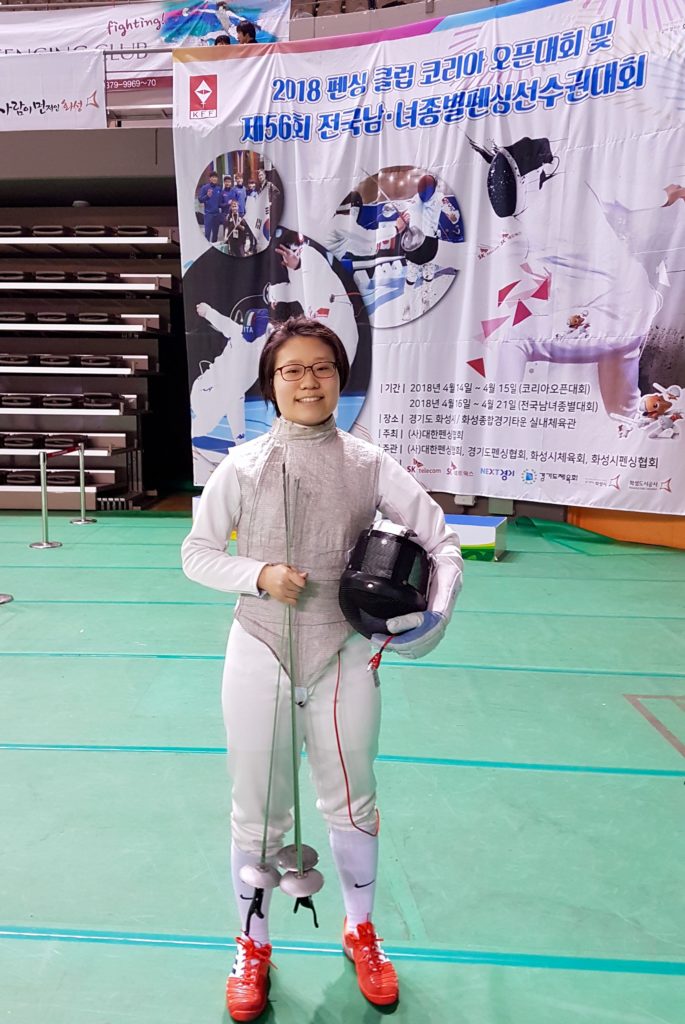 BFS would like to welcome its new elementary Spanish teacher: Claudia Mota. Mrs. Mota will replace…

Elementary Student of the Month: Respectful – Be responsible for yourself and others!