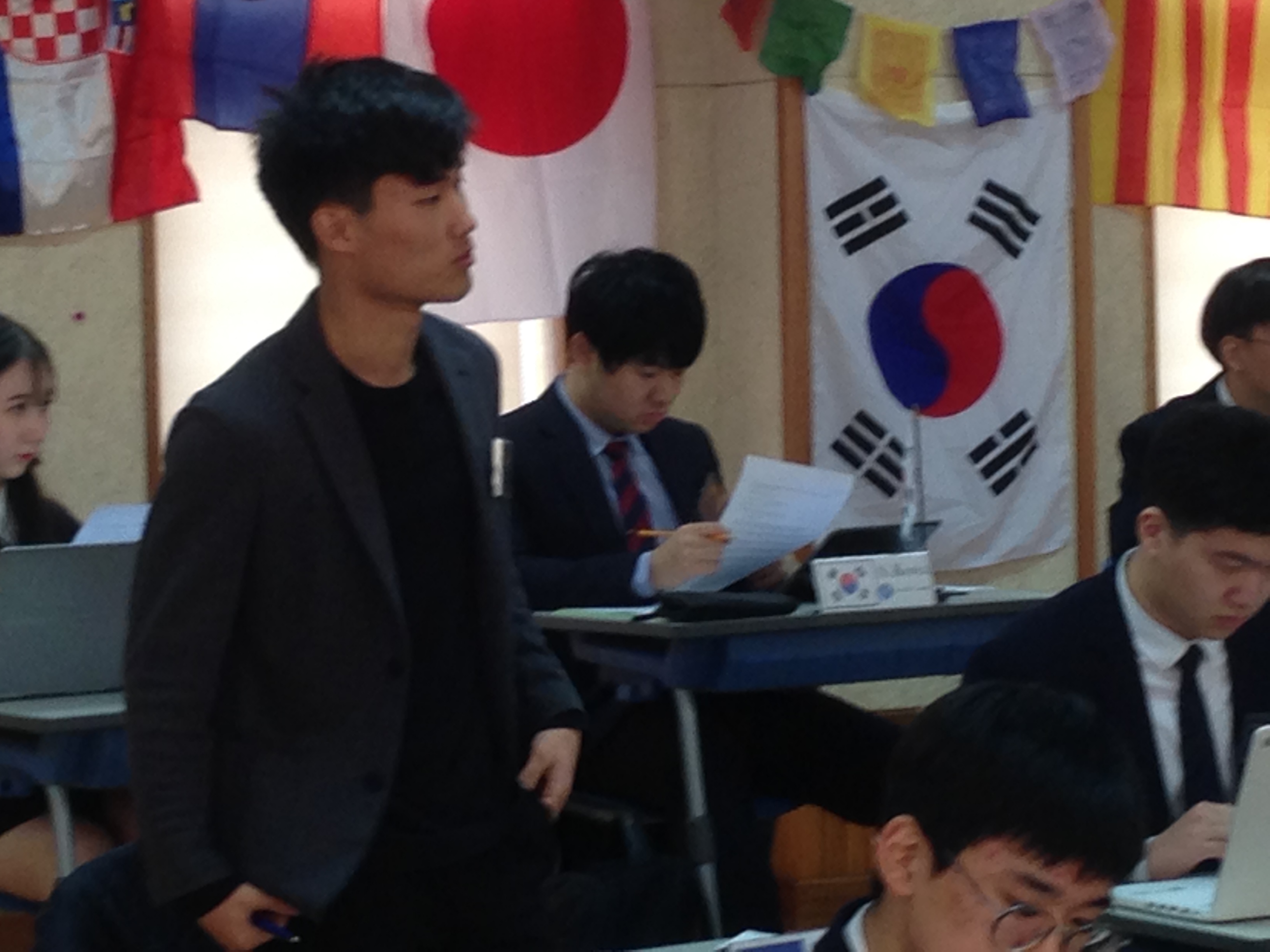 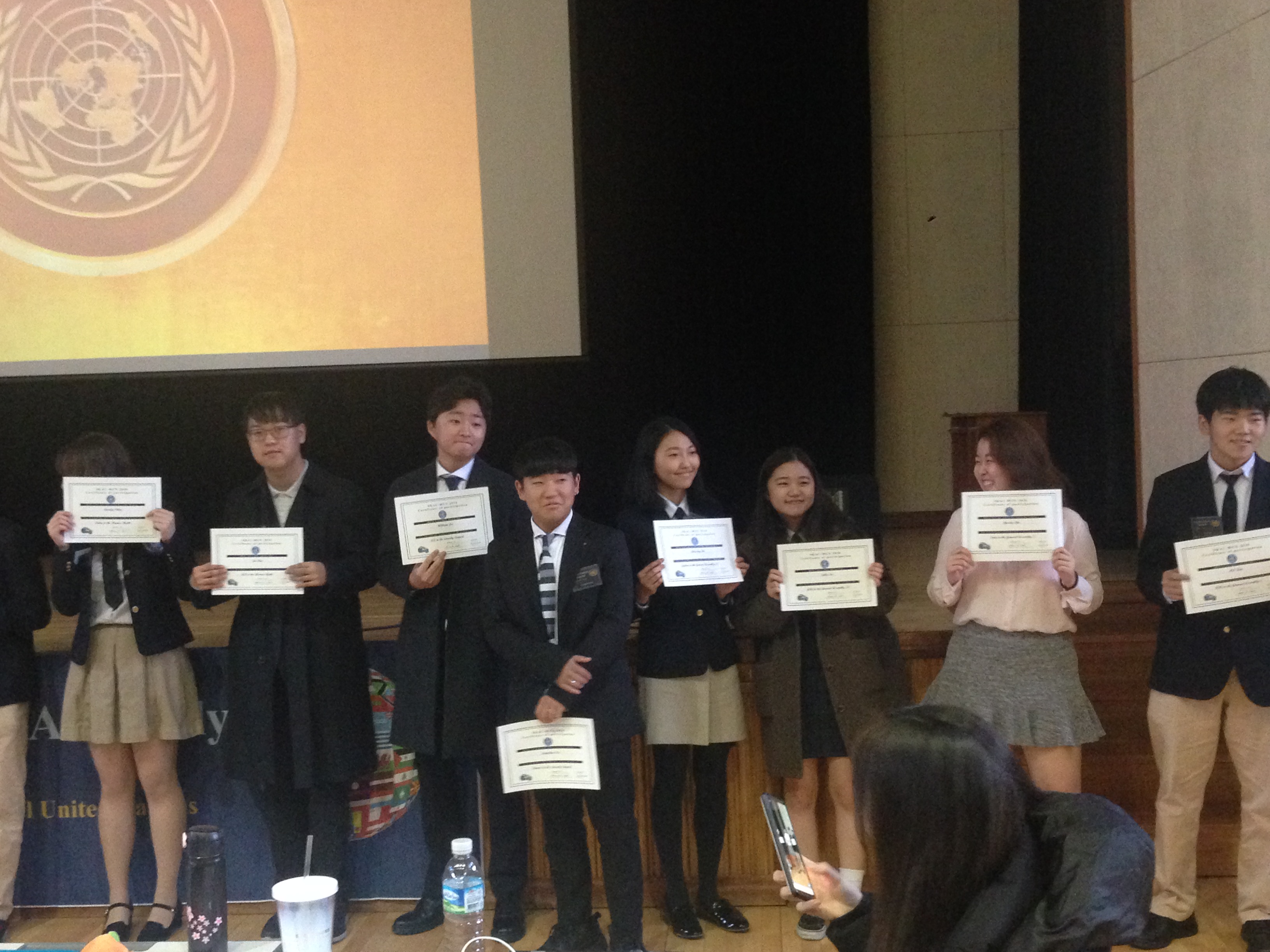 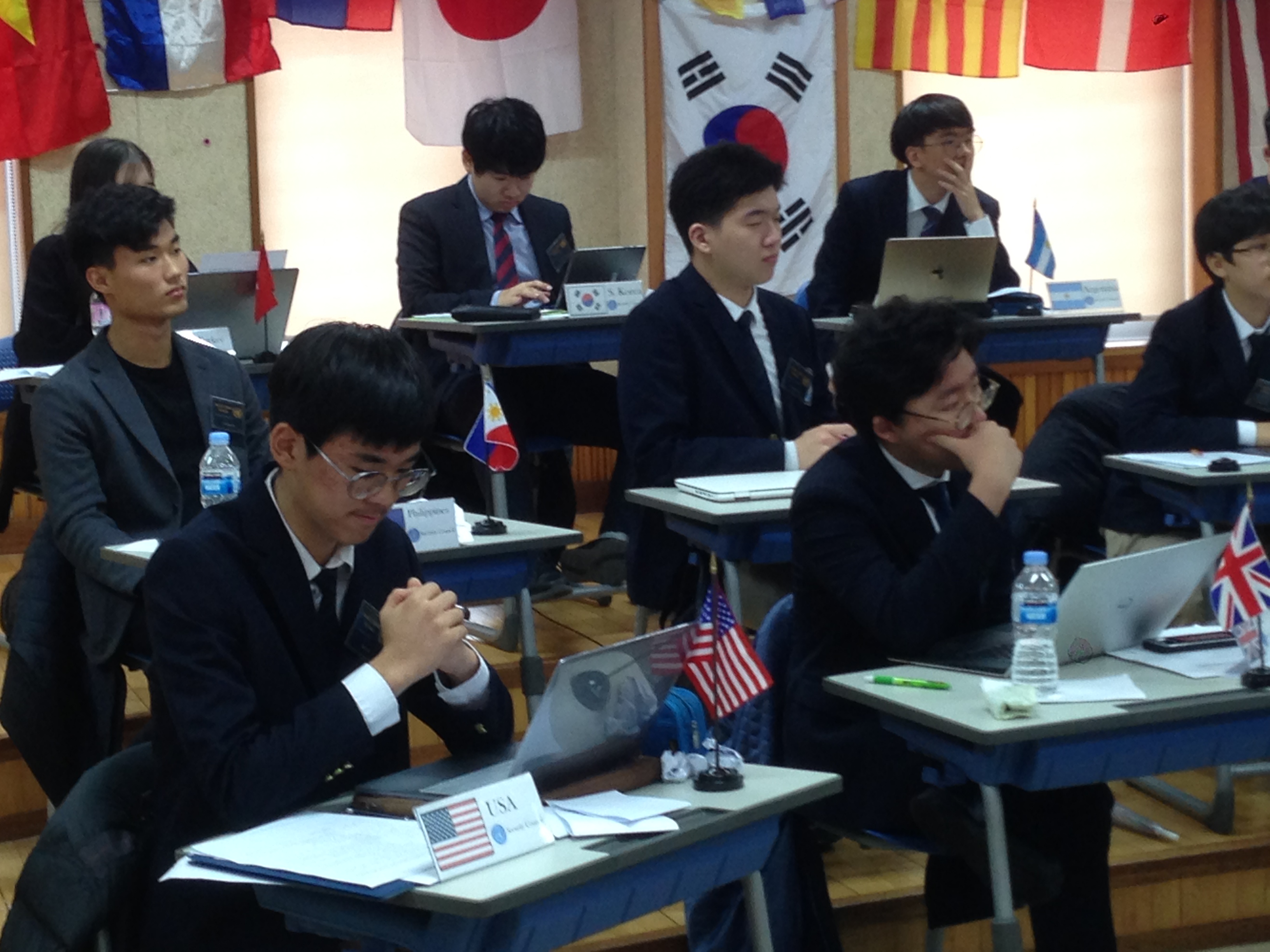 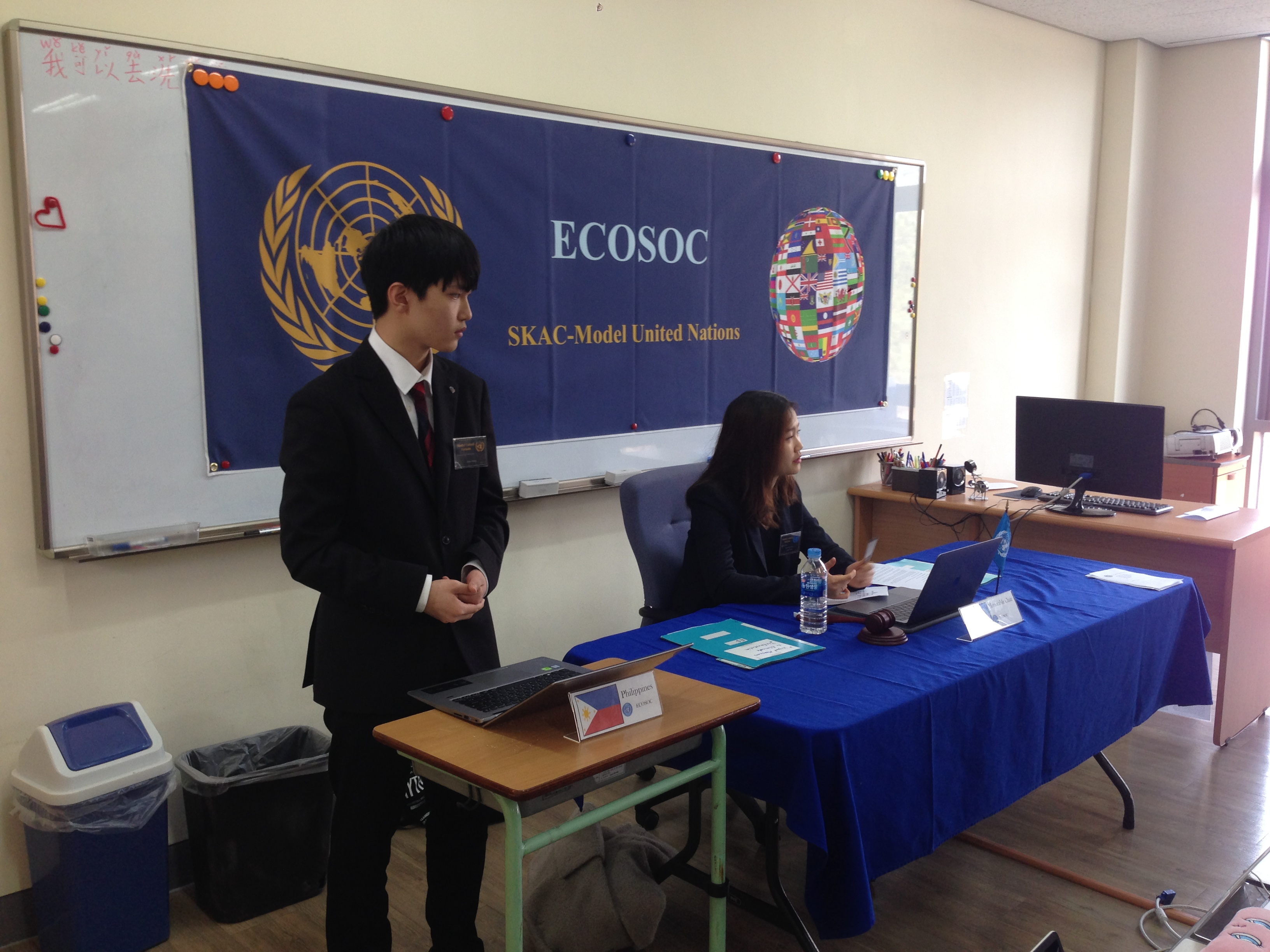 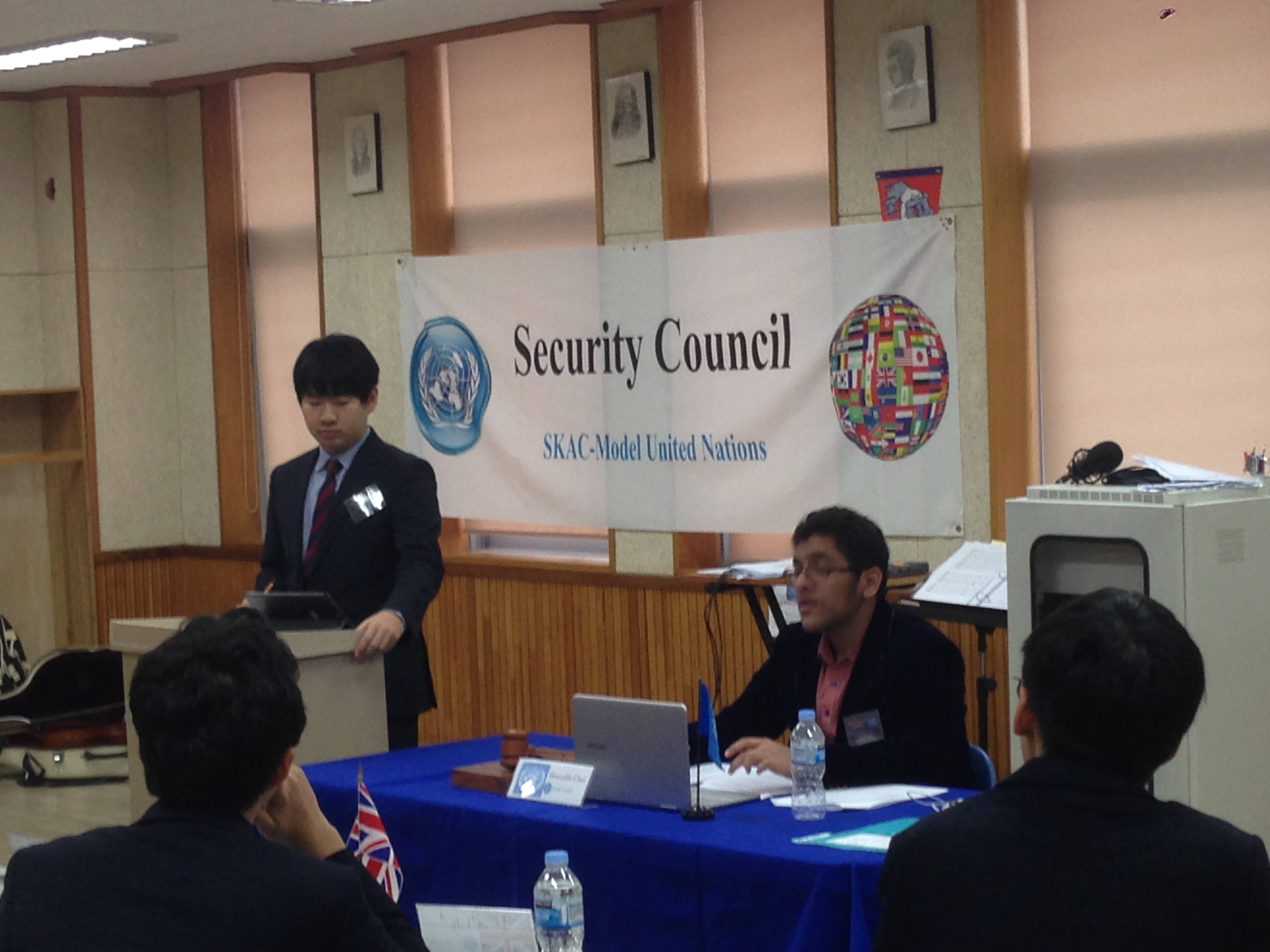 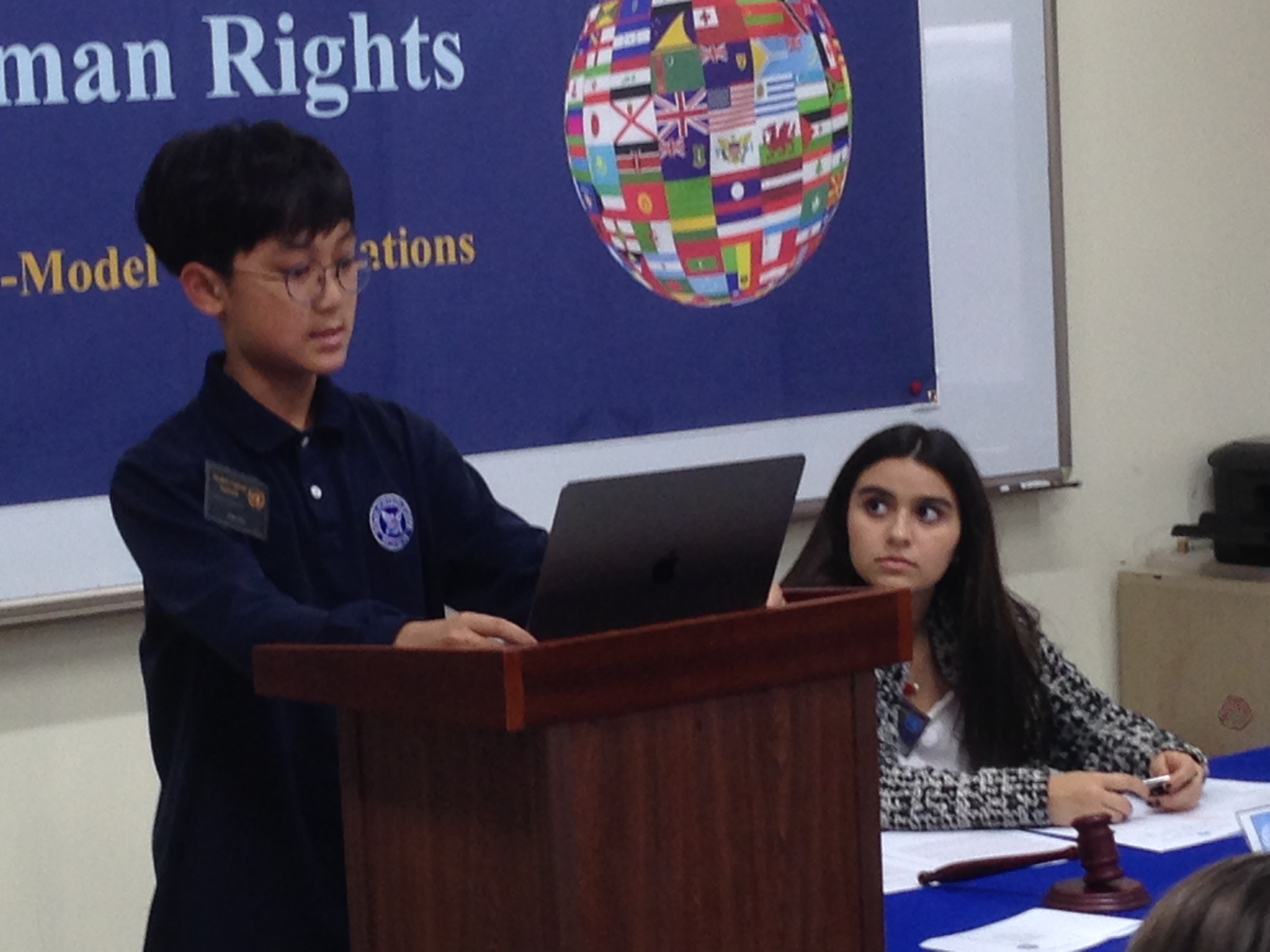 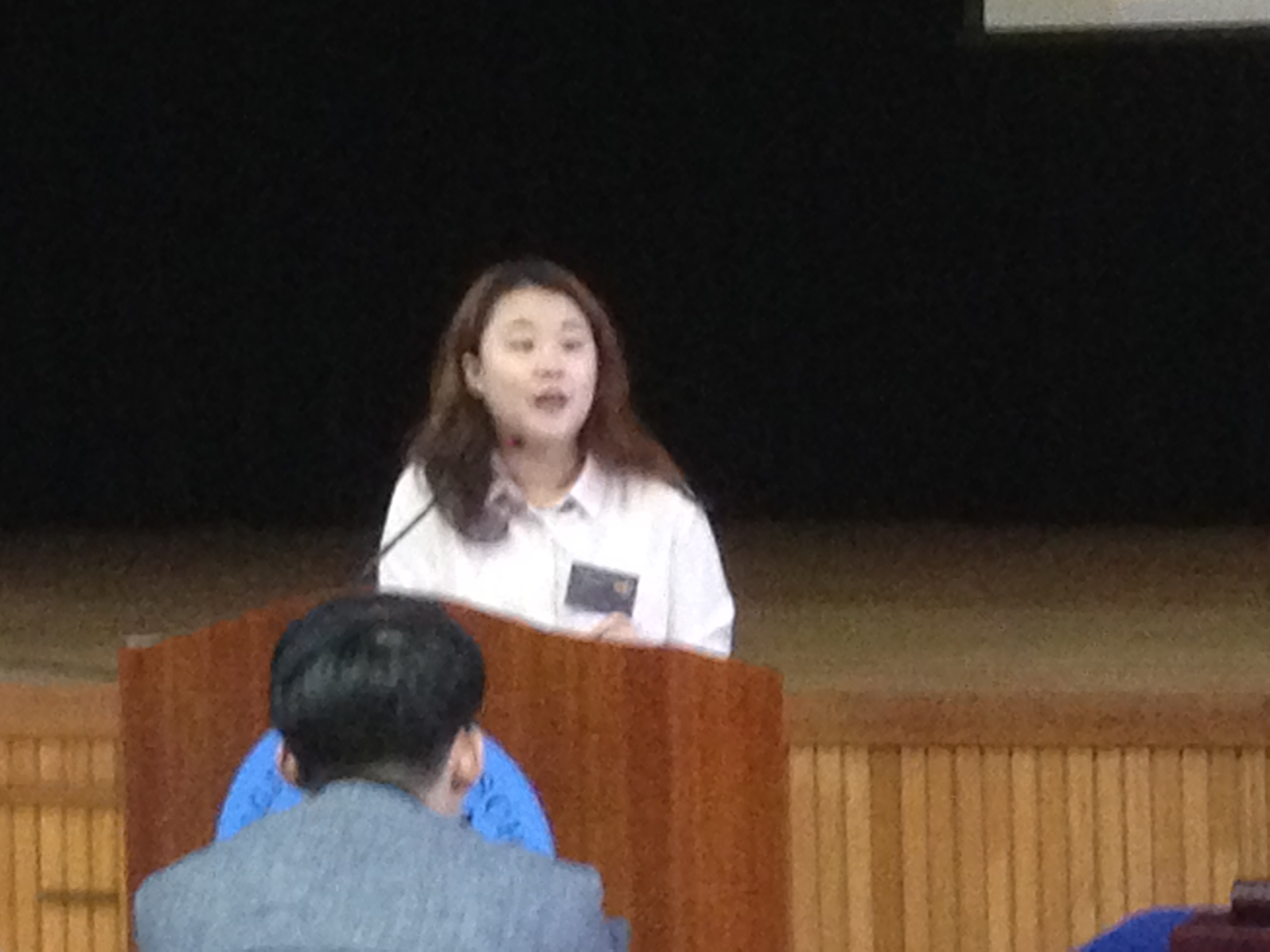 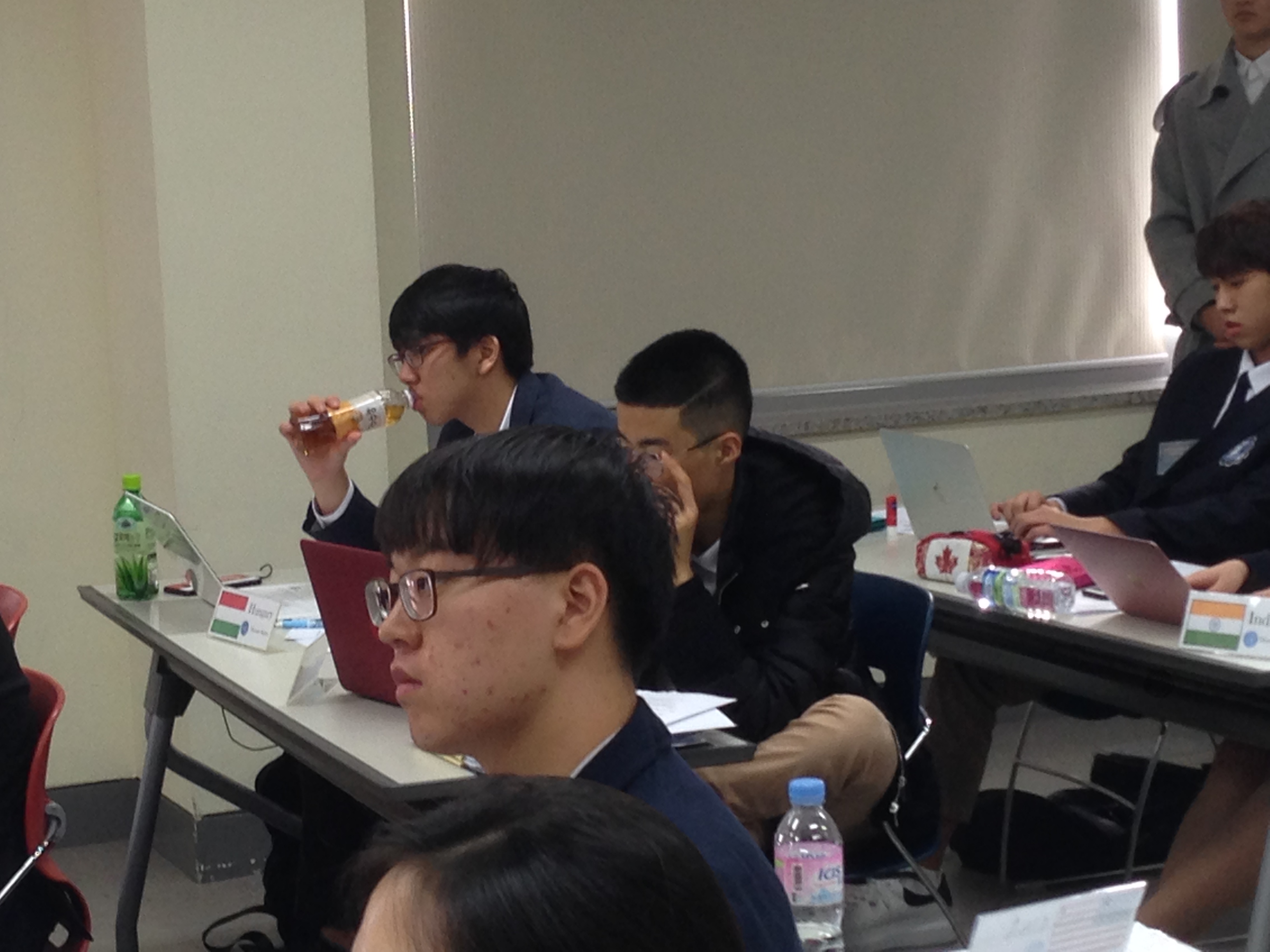 The BFS Model United Nations (MUN) Club finished up another successful season with a strong finish at the SKAC MUN Tournament in Kwangju last Tuesday. BFS fielded its largest MUN team so far, with 25 students participating. With 6 schools from across southern Korea, competition was fierce, as students debated issues torn from the headlines, including the crisis in Yemen, deforestation, the rights of migrant children, and cyber-warfare. With 5 committees to compete in, this was the biggest SKAC MUN Tournament yet.

3 resolutions by BFS students were passed, out of a total of only 12.

And 3 BFS students were voted Most Valuable Delegate or Honorable Mention by their peers on each committee:

Most of all BFS students were in the thick of the action, building alliances, arguing for and defending proposals, making new friends, and learning first-hand how international negotiations work with top students from other schools.

Hats off to our BFS MUN Sharks! And to co-coaches Tim Neeno and Heidi Gleb.

On Friday September 9th, the HS Student Council hosted the first spirit rally of the…

The 2016 ABSRM music exams have arrived! we congratulate all students that sat for them…

The ES Futsal team had a great showing at the final SKAC tournament in Ulsan,…