On Wednesday, December 6th the fourth grade class had a Readers Theater performance in the auditorium. They had been working on 3 plays for 6 library classes. We had 11 family members attend and students were excited to show off their speaking skills. The 3 plays were: The Bear’s Picnic, The Shopping that Mum Bought and I am. The performance was filmed for any individuals interested in watching.

On Friday, December 8th the third grade class also had a Readers Theater performance. Students had been working on 4 plays for 8 library classes. We had a new student join the class so we added the final play after we began the unit. We had 9 family members attend and even the first grade class was able to watch! Thank you Mr. Chapa! The four plays were: The Fabulous Zoo Tour, The Lizards of Oz, Show and Tell and The True Story of the Three Little Pigs. The performance was also filmed for anybody interested in watching.

Both classes did beautifully and all spoke clearly and with expression. I had a student sick on their performance day and her understudy did a wonderful job changing her voice to be like what the student was going to sound like. Students who are new to BFS and are learning English did a fantastic job. Mrs. So helped out our ESL learners with learning their lines and they all did a wonderful job! Thank you Mrs. So!

Thank you parents and teachers for the support in allowing the students to have this opportunity to perform!

Readers Theater is defined as a style of theater in which the actors do not memorize their lines. Actors use only vocal expression to help the audience understand the story rather than visual storytelling. (Credit: Wikipedia – https://en.wikipedia.org/wiki/Reader%27s_theatre)

I decided to put together a Readers Theater performance because students become inspired to get into character and are internally motivated to read out loud clearly with expression. Readers Theater helps students learn how to read a script and it improves their listening skills. 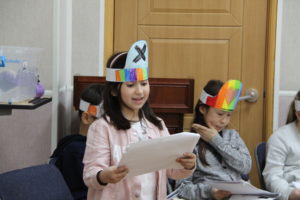 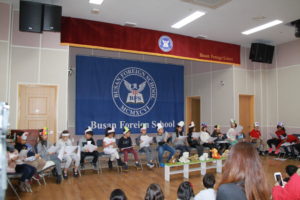 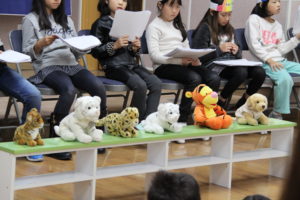 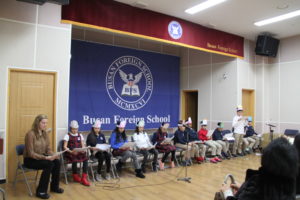 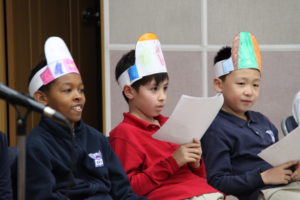 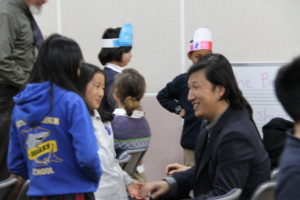 Early Childhood Update: what our 3 and 4 year-olds know about friends

We have been settling in to our new schedules and routines.  We can use lots…

The speech competition was so much fun! We got to meet lots of cool friends,…