This past weekend was the middle school girls volleyball tournament finals.  Busan Foreign School hosted the event for the girls teams– four teams participated: DIS, ISK, BIFS and BFS.  The girls made up two teams and each had a spectacular show and a winning attitude. The early morning matches began with the girls team winning 3 of 4 matches against some really hard competition and the other team winning at least 1 match for each set played.  The girls worked together to make every serve count and to return the ball with 2 hits and a kill. This team has worked hard to come to the next level of play and were able to enjoy these wins and great volleyball played– spectators and coaches were on the edges of the seats cheering on the teams.  During the break times teams showed outstanding sportsmanship, bonding with other teams and even having a mass dance! It was truly fun. In the end, the girls made it into bracket play and placed 4th in the tournament. This special team of young women showed a special caring attitude and team manship that is unique to this group.  Coach Fox got a team ball, signed by all the players, for a great memory of this fabulous season and a great final tournament at Busan Foreign school. Nicely done job for our girls and they made BFS proud. 1-2.. SHARKS!

The SKAC championship tournament was held over the past weekend at BIFS.  DIS, ISK, and BIFS competed against the reigning champion sharks for the trophy.  BFS started off strong as they won their first four matches. They looked poised to sweep the entire competition, but BIFS felt otherwise as they upset the sharks in the championship match 2-1. The Sharks were up early in game one but BIFS fought back and won in exciting fashion 26-24.  The sharks refused to surrender as they crushed the bears in game two 25-12, seizing the momentum. The sharks looked poised to win their second consecutive championship but were snafued in game 3.  Uncharacteristic mistakes helped BIFS to a 14-6 lead only one point away from victory. However, the sharks refused to concede defeat. They battled back one point at a time and what was once an eight point deficit was cut to one. BIFS was tense and sensed victory slipping away.   But it wasn’t meant to be, as the sharks narrowly missed a spike as it landed an inch behind the endline. And that’s how the season ended, a roller coaster of emotions, just missing a second consecutive championship. All the sharks played their hearts out, especially Alex who rose to the occasion displaying his strong leadership  and excellent ball skills. He was the best player on the court all day long. The 8th graders will be moving on to high school and will be missed. Coach Taylor and Coach Nelson would like to thank all those who participated. See ya next year. 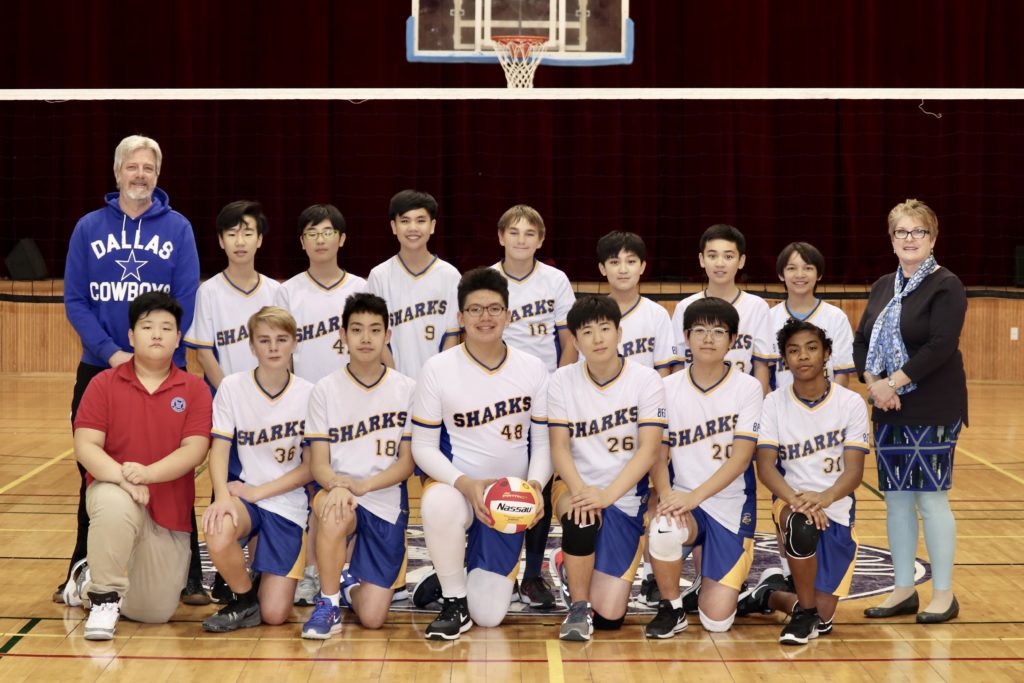 1st fire drill of the year

Did you know throughout the year BFS practices several fire drills? this helps prepare everyone…