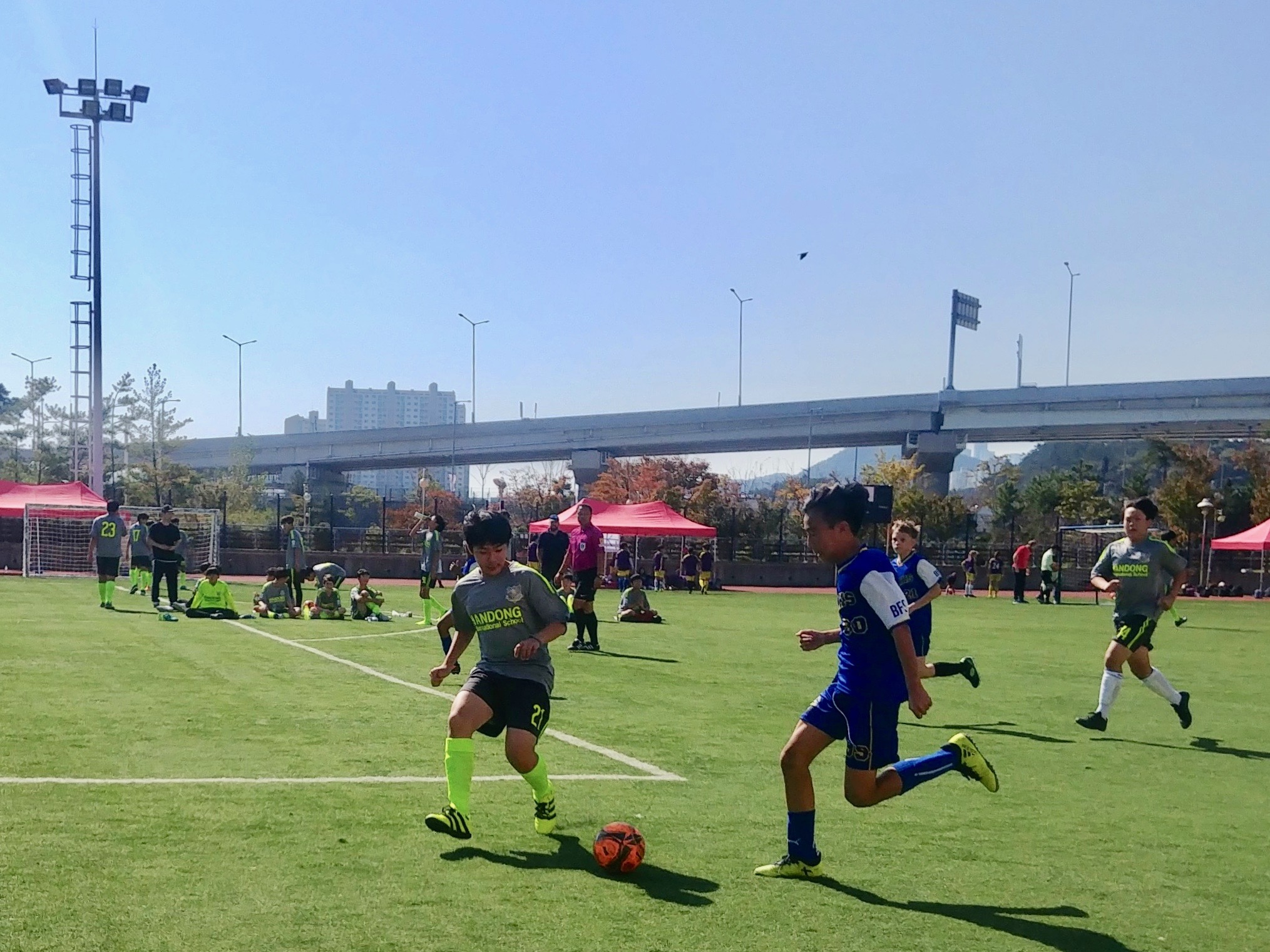 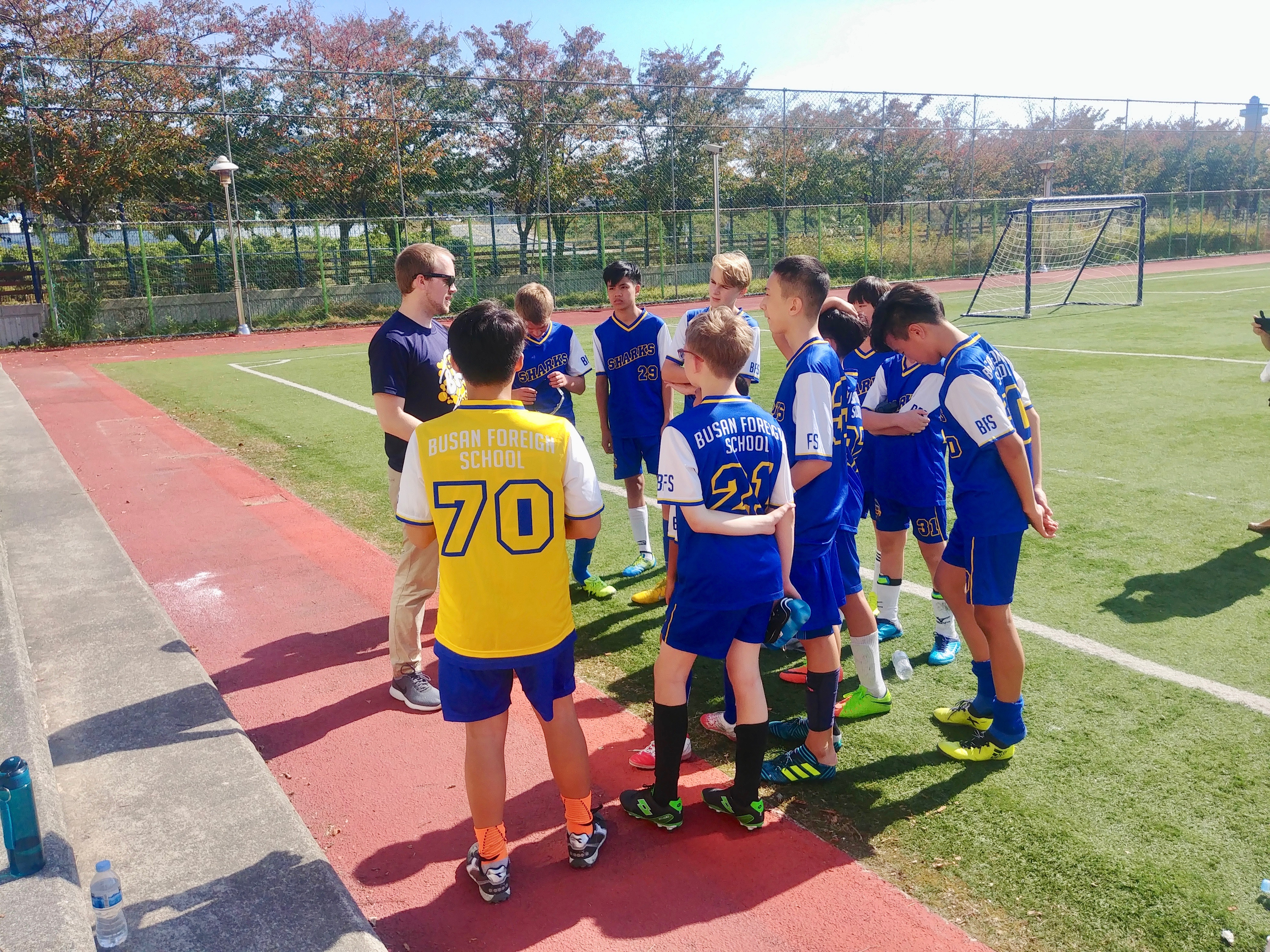 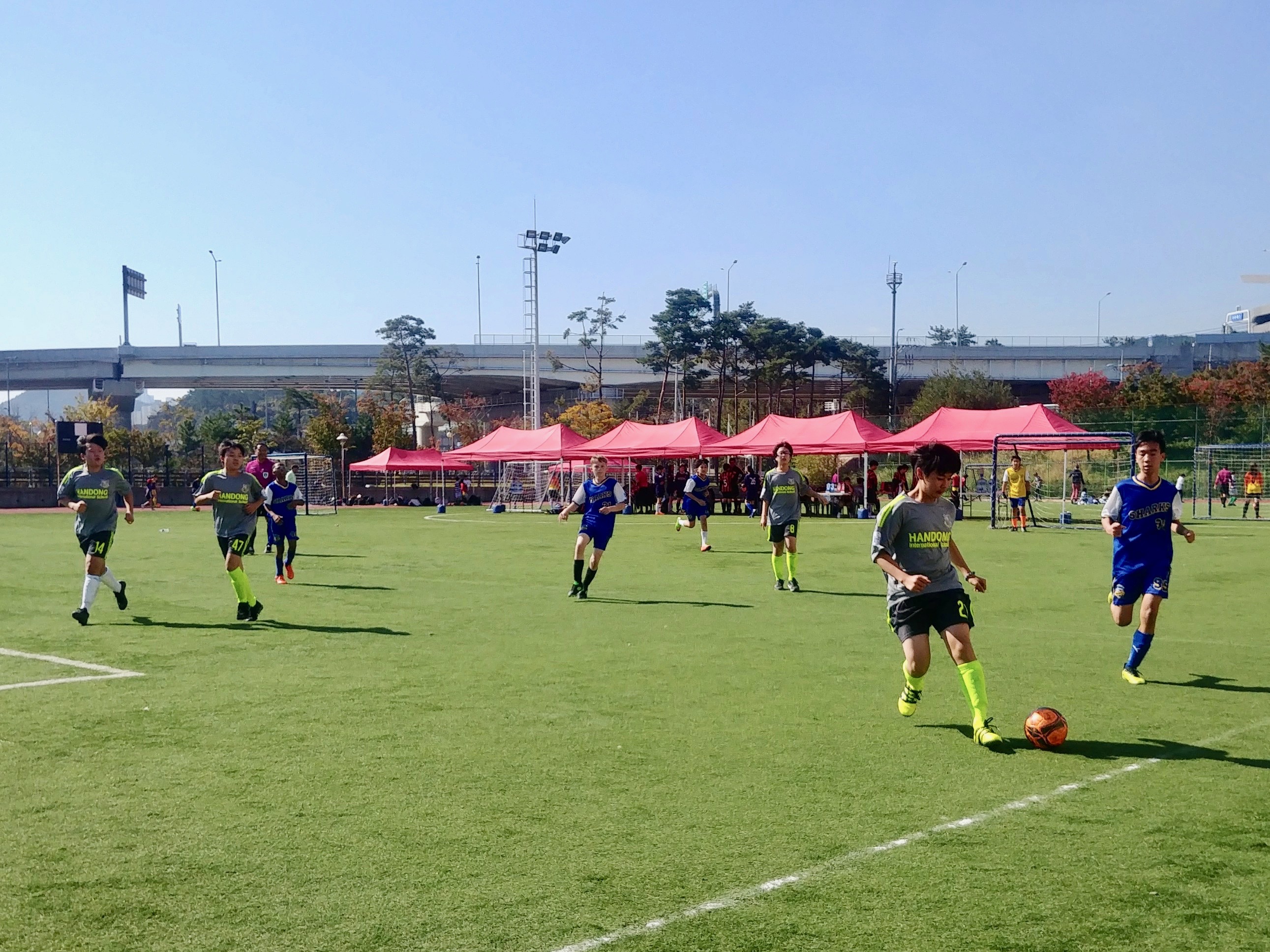 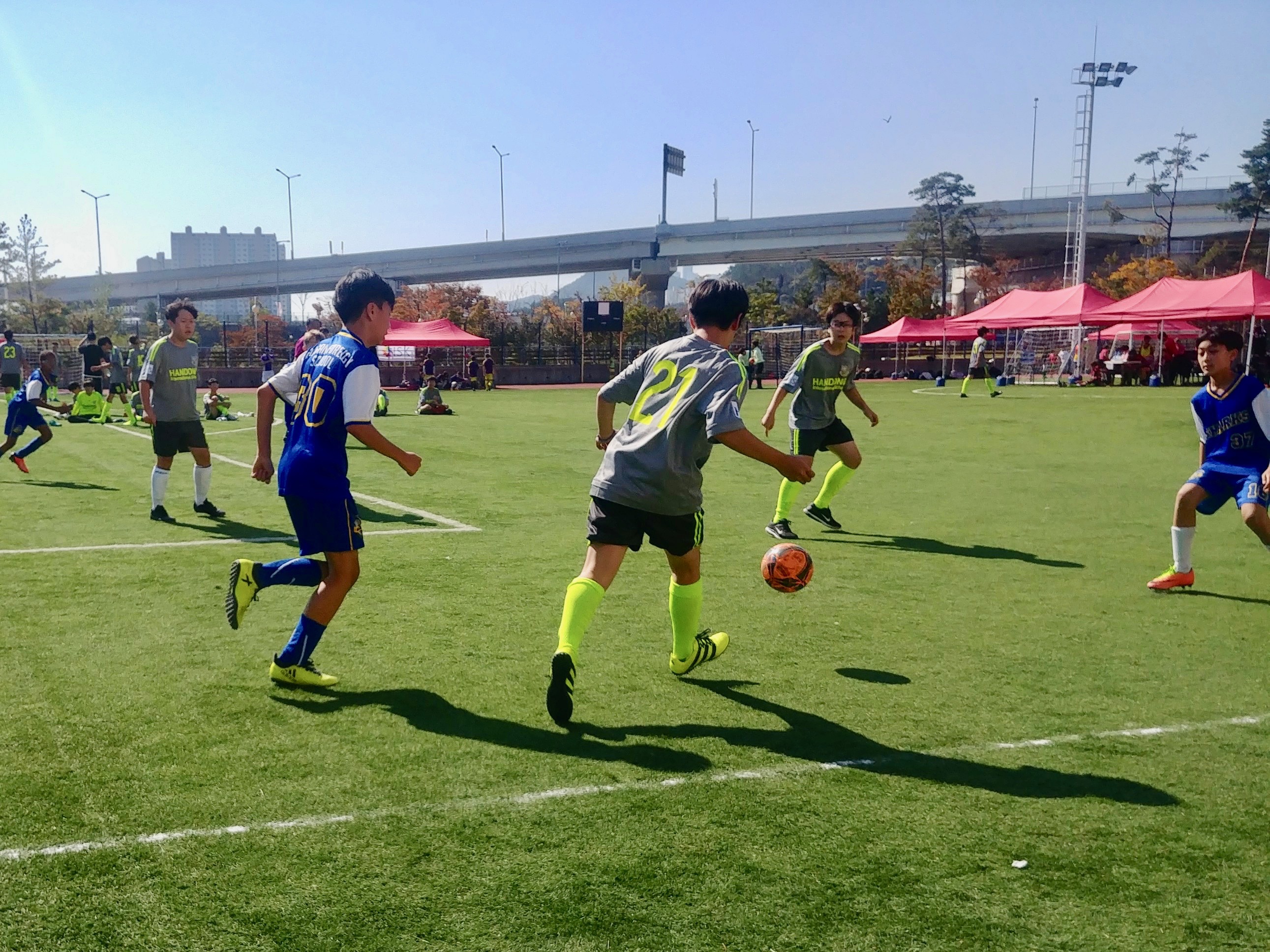 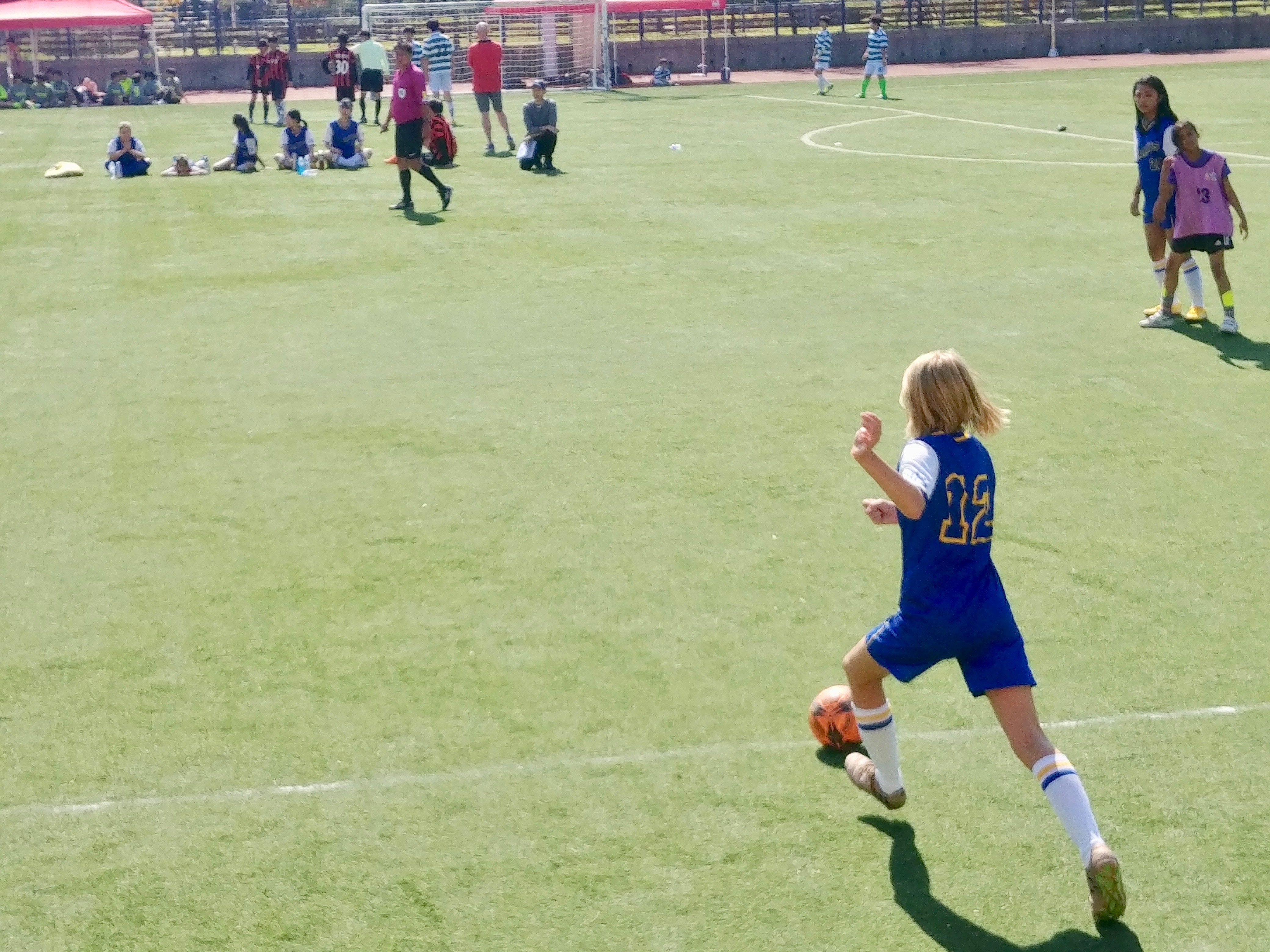 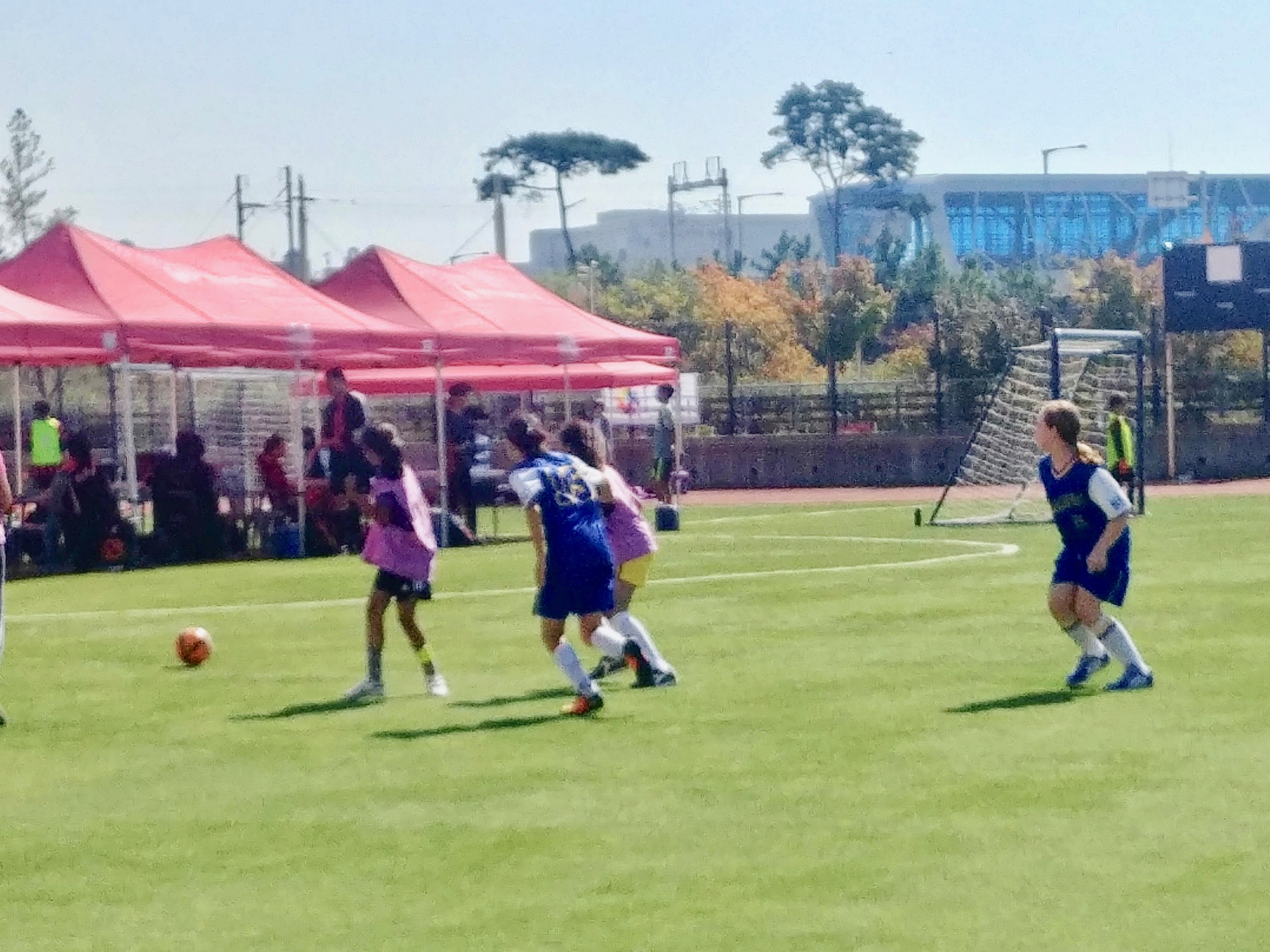 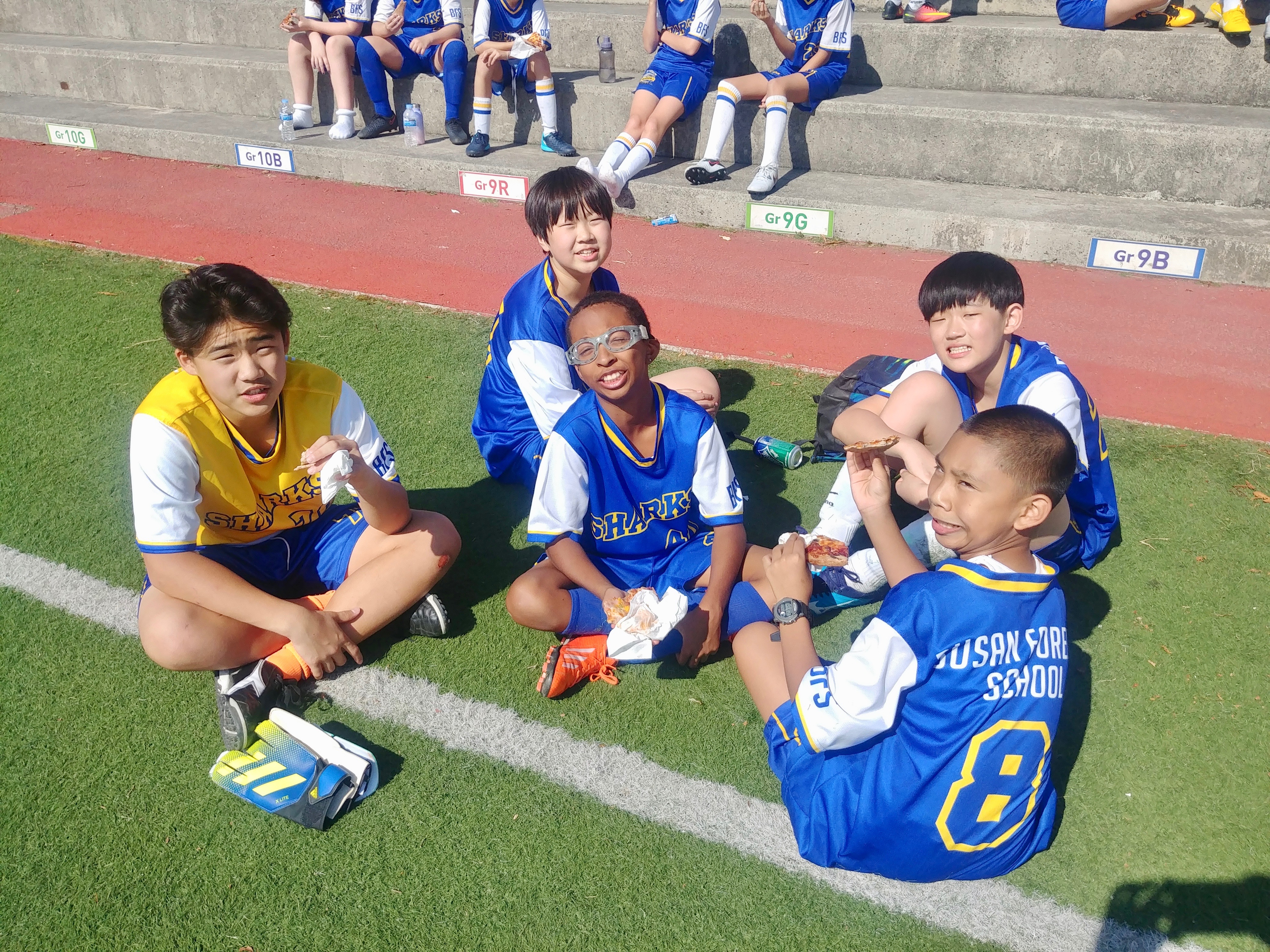 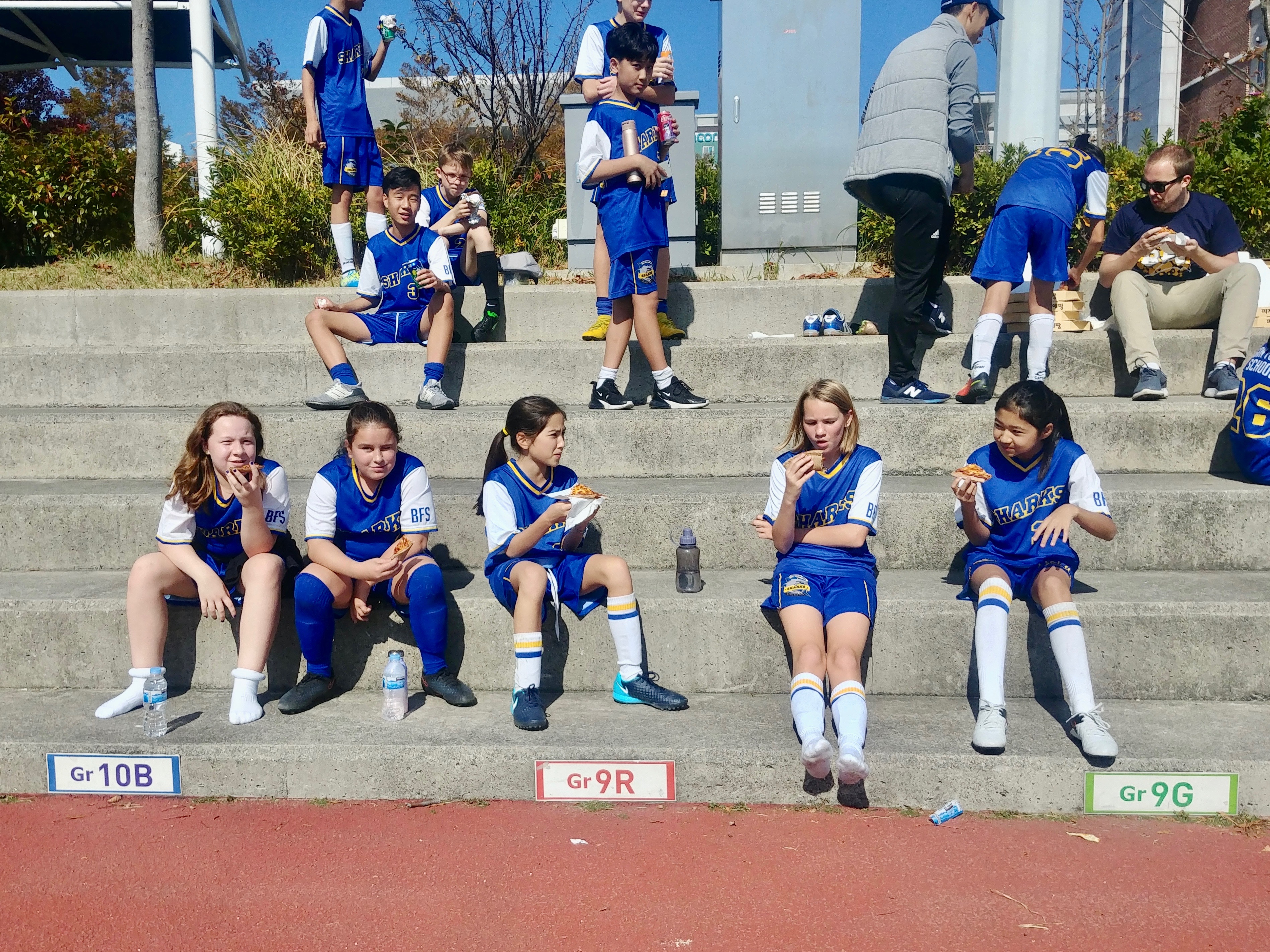 The middle school girls’ futsal team had an amazing day at SKAC MS Divisional tournament at ISB last Thursday, October 25th. The girls’ team played three undefeated matches. Despite Gaetane’s phenomenal hat-trick, the first match against HIS was a 3-3 tie. The girls were more focused and dedicated in the following two matches, displaying dominance over ISK-BIA mixed team(6:1) and GIFS(6:2).
The girl’s team opened their first tournament of the season with a strong start.
The goal scorers on the day:Gaetane (6), Angie(3), Chloe(1) Eriko(1), Na Lyeong(1),  Kelila(1)
By Coach Joe
The middle school boys’ futsal team launched into their first tournament of the season yesterday with a strong start. After a 3-3 tie with DIS A team (after an unbelievable kick-in goal from Misha), the boys went on to dominate their last two games against HIS (4-3) and DIS B team(4-2), tying for first in their pool. They played a fearsome offense, scoring 11 goals over the course of the day, with goals from Misha, Nikita, Davion, and John. Everyone saw a good share of play time and was able to demonstrate what  they are capable of.
By Coach Huffman
Share This
Related Posts

STEM fair! Me, Connor, and Aiden we’re pumped about going to the STEM fair! Ms.…

We have recently been advised that BIFS has cancelled tomorrow’s elementary boys basketball SKAC tournament.…