The HS Girls Volleyball team came in 5th place for the A-division with 1 win and 3 losses and 6th place for the B-division with 1 win and 3 losses. The captains were Cindy Lee and Jihong Lee. The MVPs were Anika Cho and Hidaya Mansour. The A-Team showed that they can be a challenge for top schools. The B-Team has improved an incredible amount since the beginning of the year.

We had a great time sightseeing, eating delicious meals, and bonding together. We have improved tremendously this year and look forward to next year.

Quotes from the captains:

First, I’m sorry that I couldn’t say my final words in person. But I just wanted to say that it was truly an honor being your captain this year. I’m just so thankful that I got to spend my last BFS volleyball season with an amazing team! Each one of you contributed positive energy, great attitude, and tremendous time commitment to make everything possible. I hope that you all enjoyed volleyball this year as much as I did and will continue to play! Love you all!

Hey everyone. I just wanted to thank all of you before the end of the day. Thank you so much for all the effort you all put in for the past few months and it was truly an honor to be a captain to a team like this. Whether it was cheering, playing your best during games, or helping each other feel better, you made this team the best team I could ever ask for! A lot of things happened this season and I couldn’t have done it without all of you! Thank you for an amazing final season and rest up. Bye :)

High School boys traveled to Jeju for the KISAC two day volleyball tournament.  The boys teams played hard and worked through some tough rallies. Players on each team stepped up to a very challenging tournament with grit and good sportsmanship. Players on the BFS boys volleyball team used their learned hardcore skill, dedication to the game and thirst to excel to make a good show at the tournament. Players on the team worked through tough competition and gained skills to enhance the program here at Busan Foreign School.

Two students were given awards for their efforts on and off the court.  Coaches selected Alex Tian, grade 12 and Zenith Shrestha grade 11 to receive the award based on their sportsmanship, leadership and hard work.  Senior, Alex Tian worked tirelessly to help support his team and earned the respect of all players.   Junior, Zenith Shrestha, a first year player to the Junior Varsity team, impressed coaches from all teams with his good attitude, leadership and growth during the tournament.   Both boys were awarded a KISAC patch and were featured in the closing ceremony representing the best of boys volleyball. 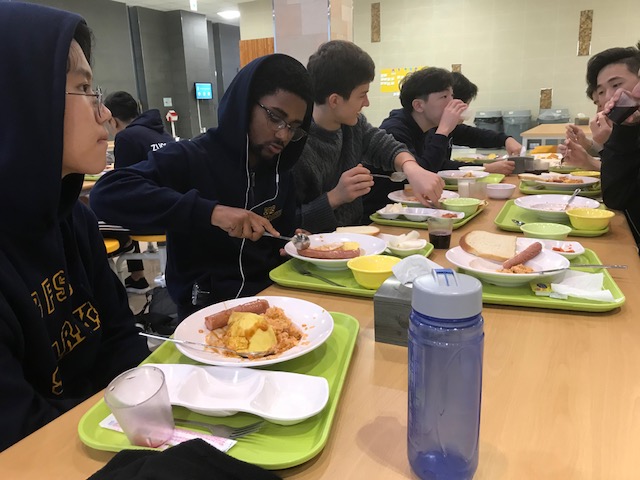 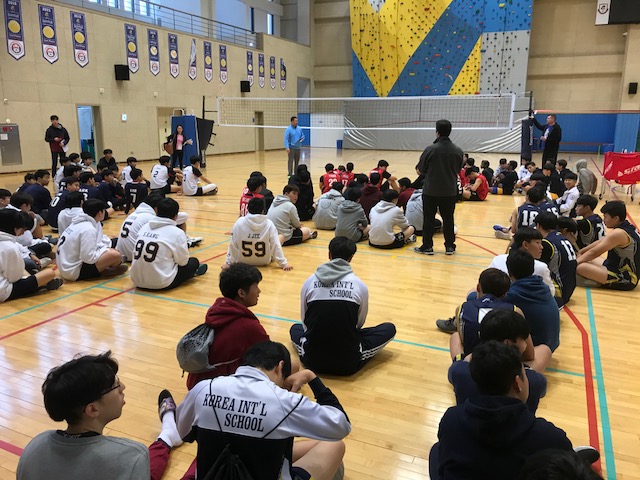 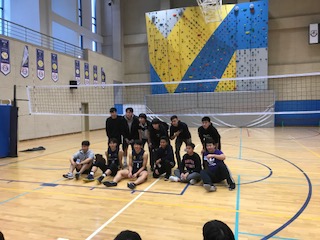 The university visit season is well underway. We were visited by the Linden College Fair,…

Last Friday, the Russian Consul and his wife visited BFS, and donated a few pairs…

This year BFS held its annual talent Show on Friday may, 13th. Students, teachers and…

An Advocate for Children Michael Jung ’06