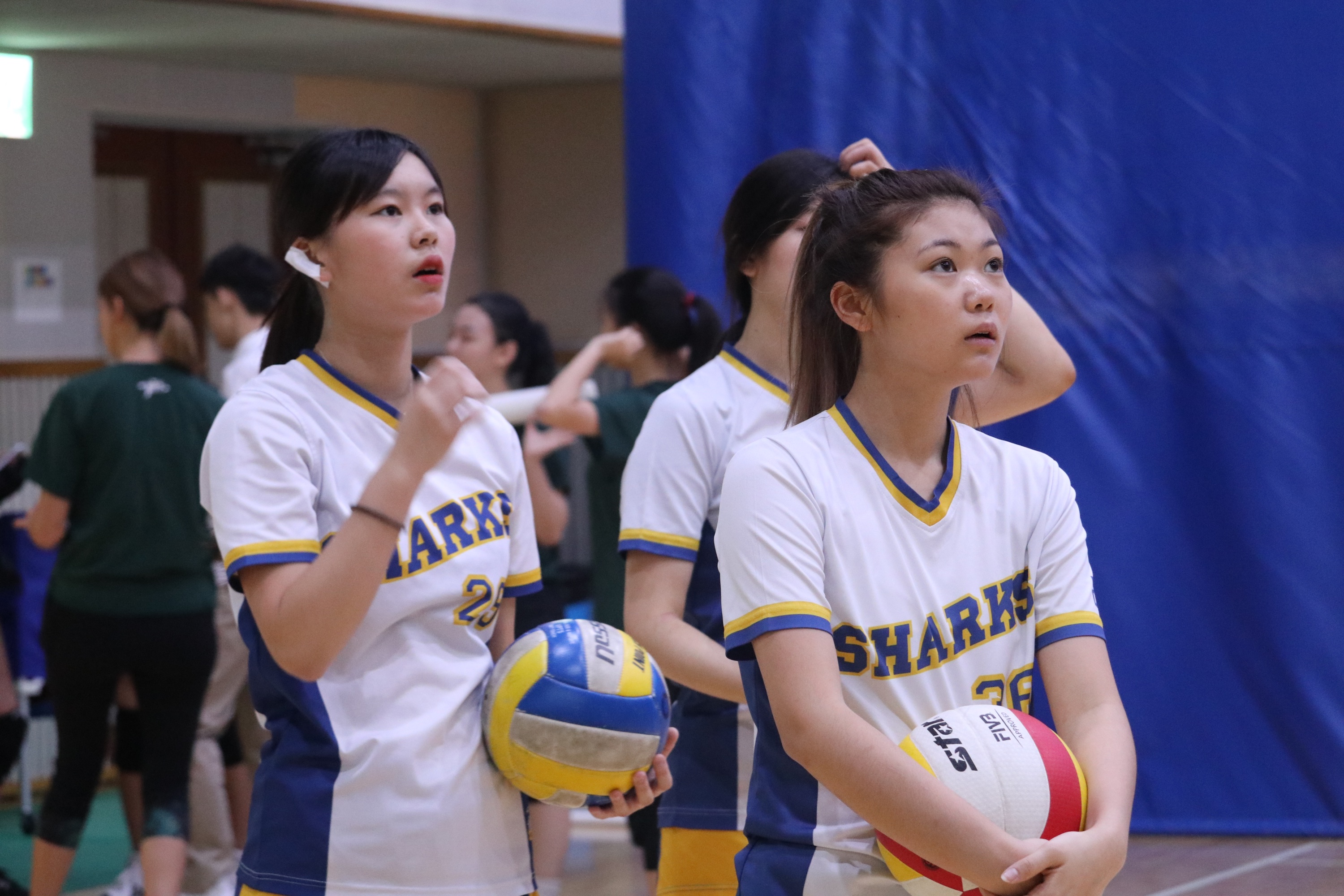 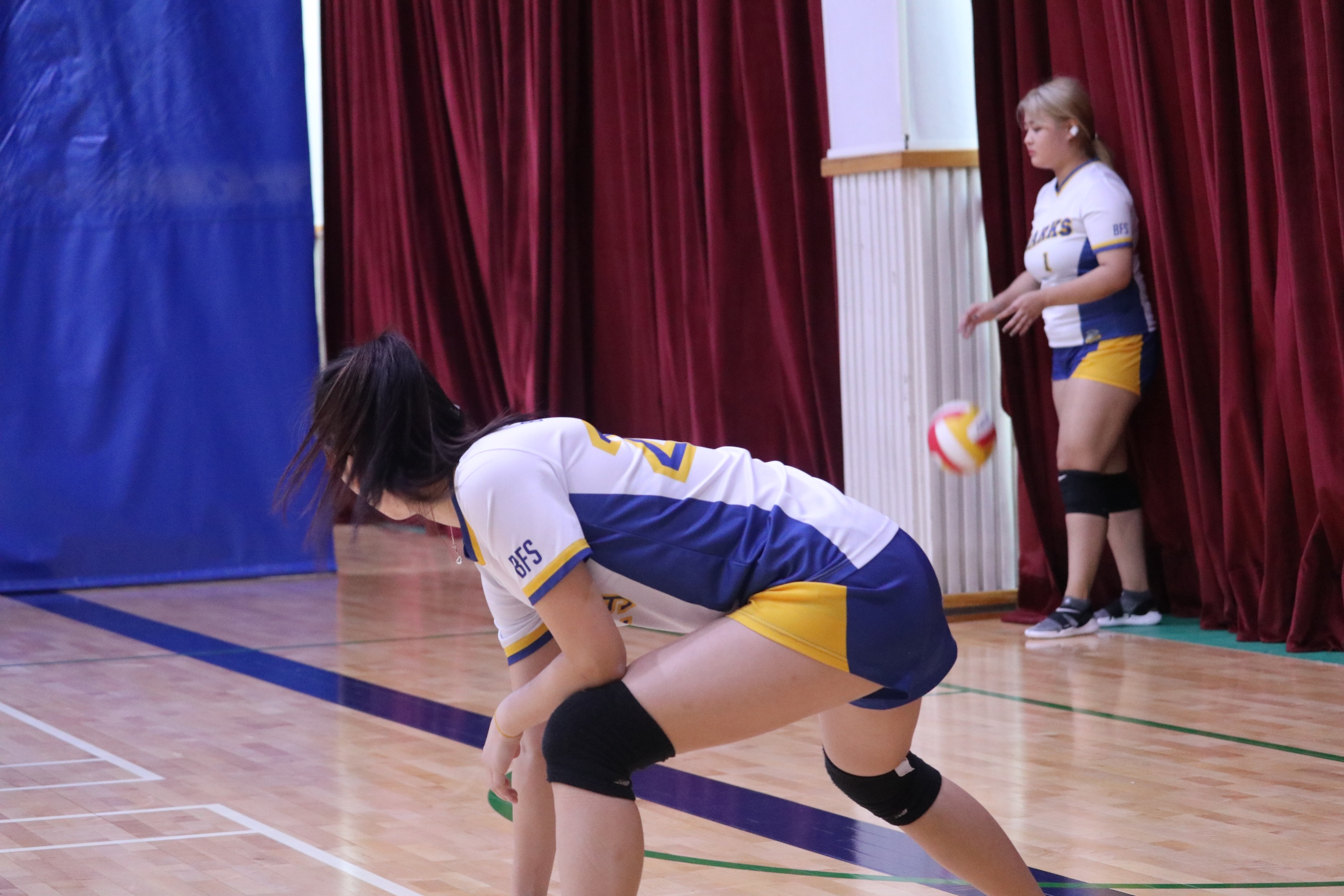 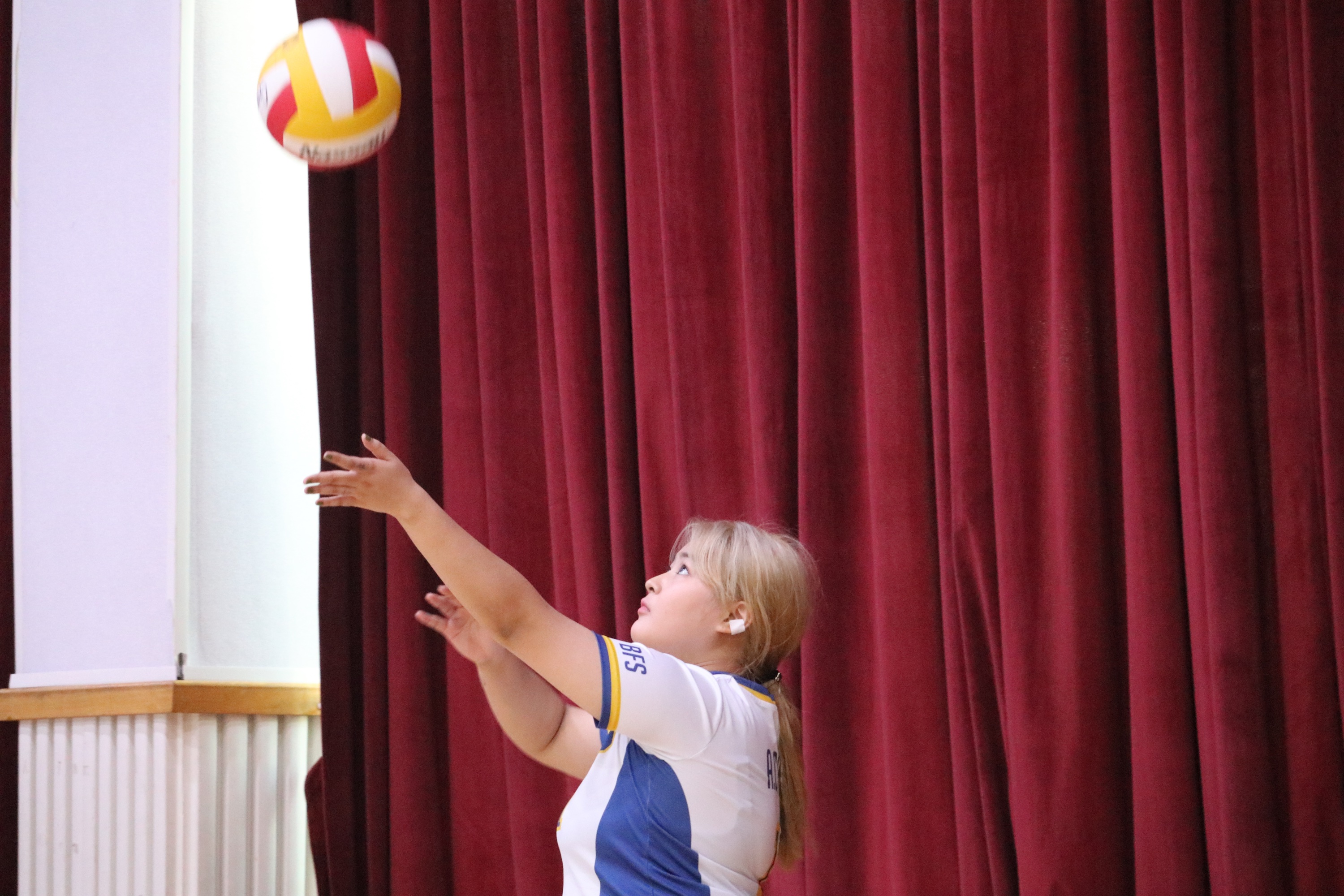 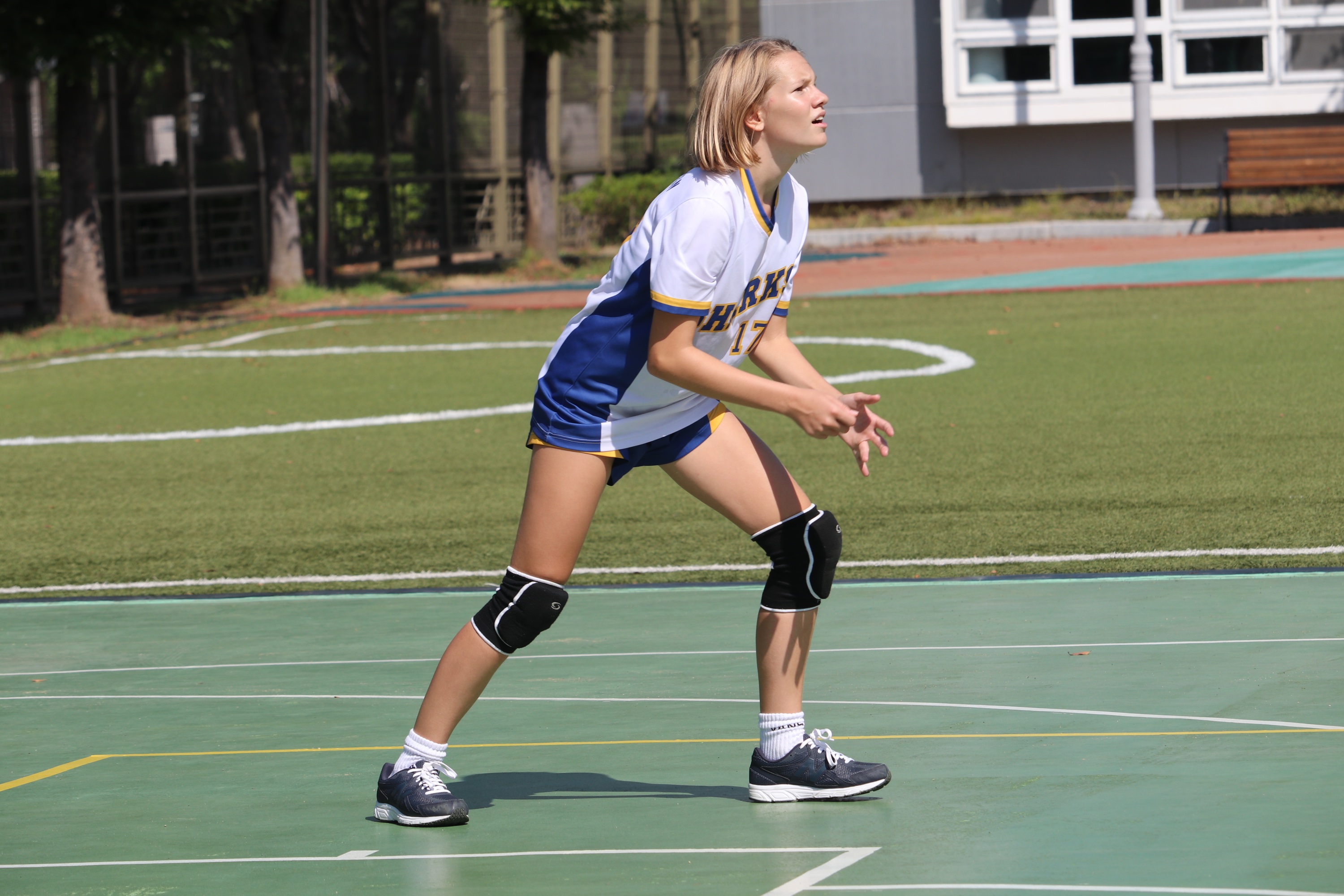 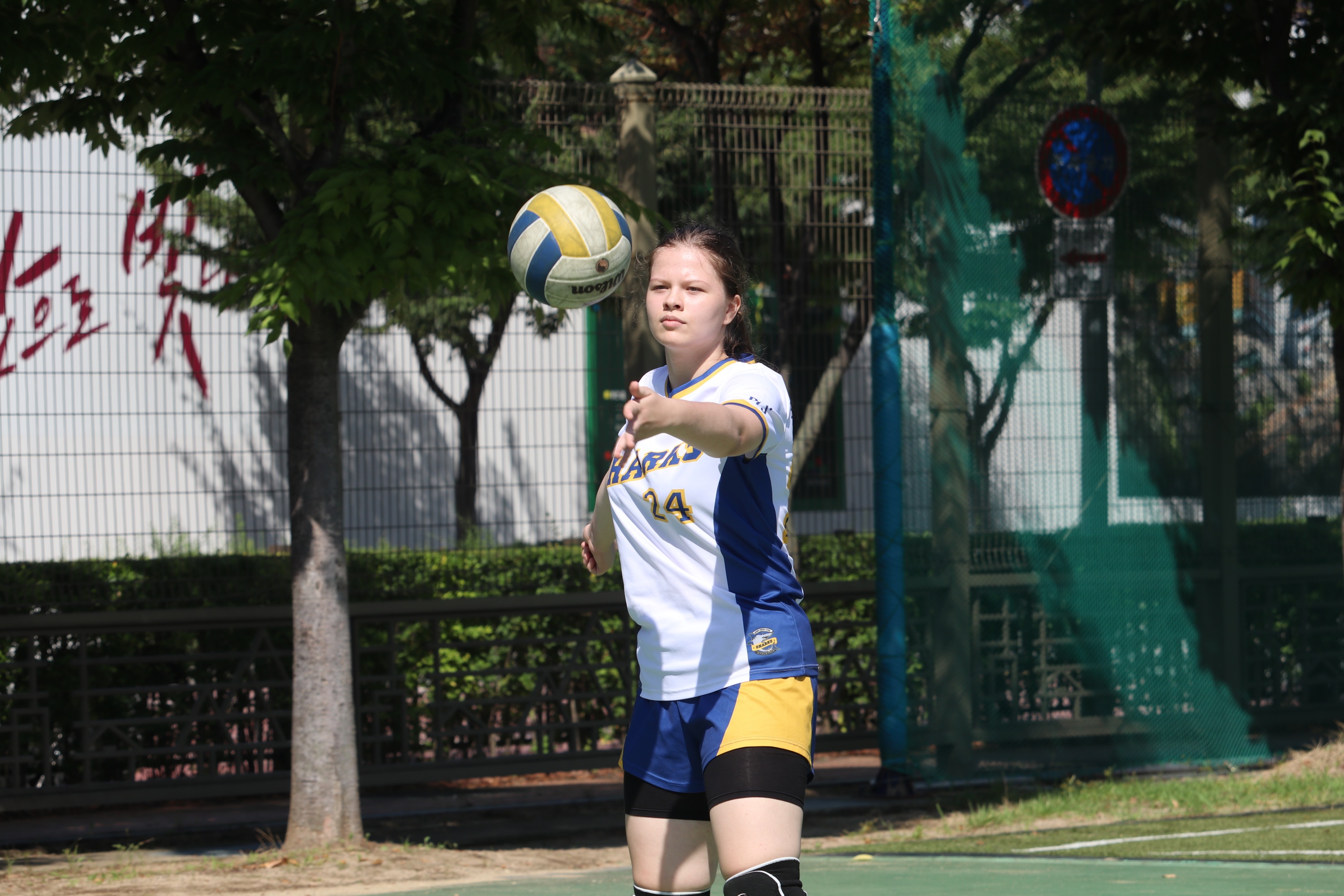 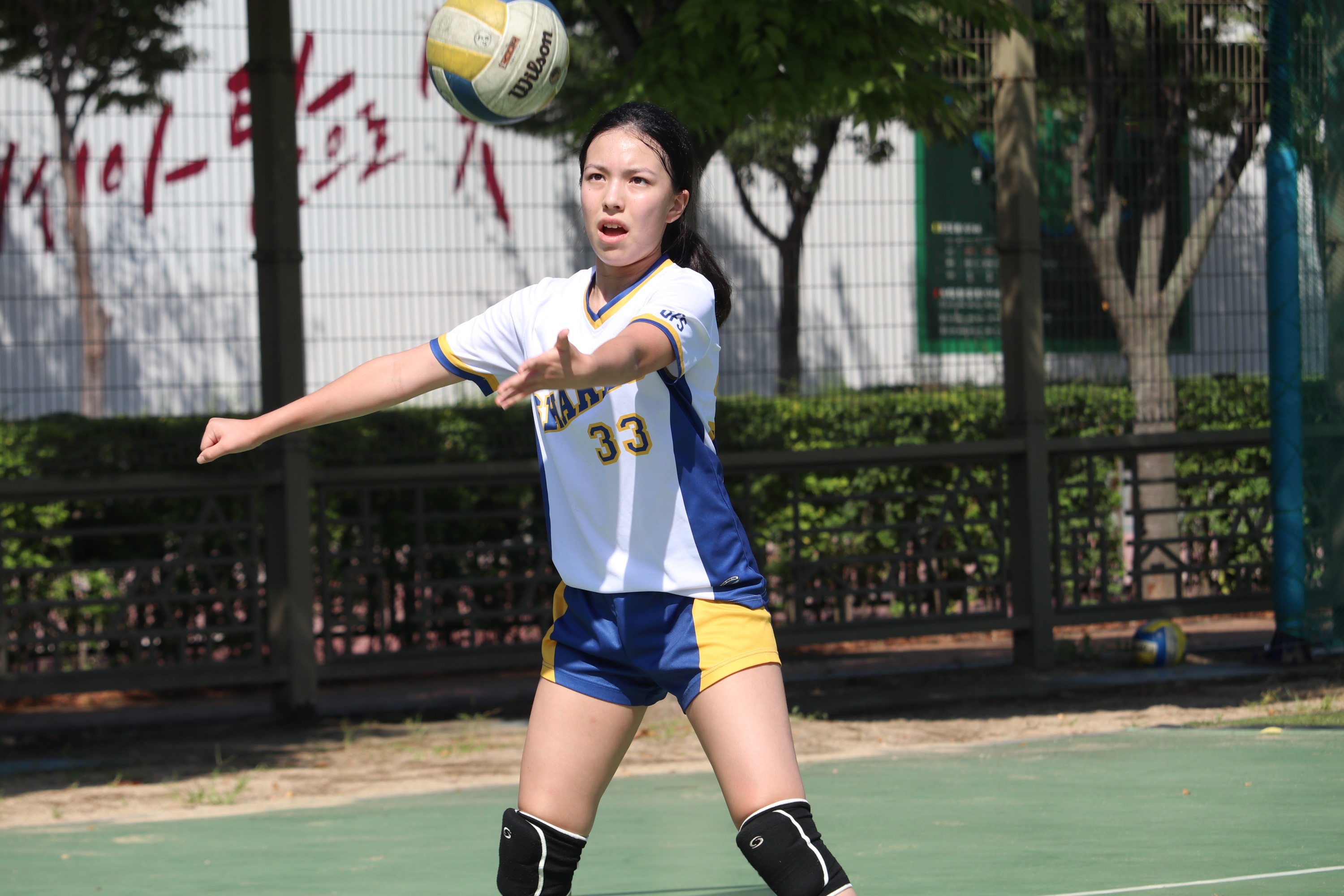 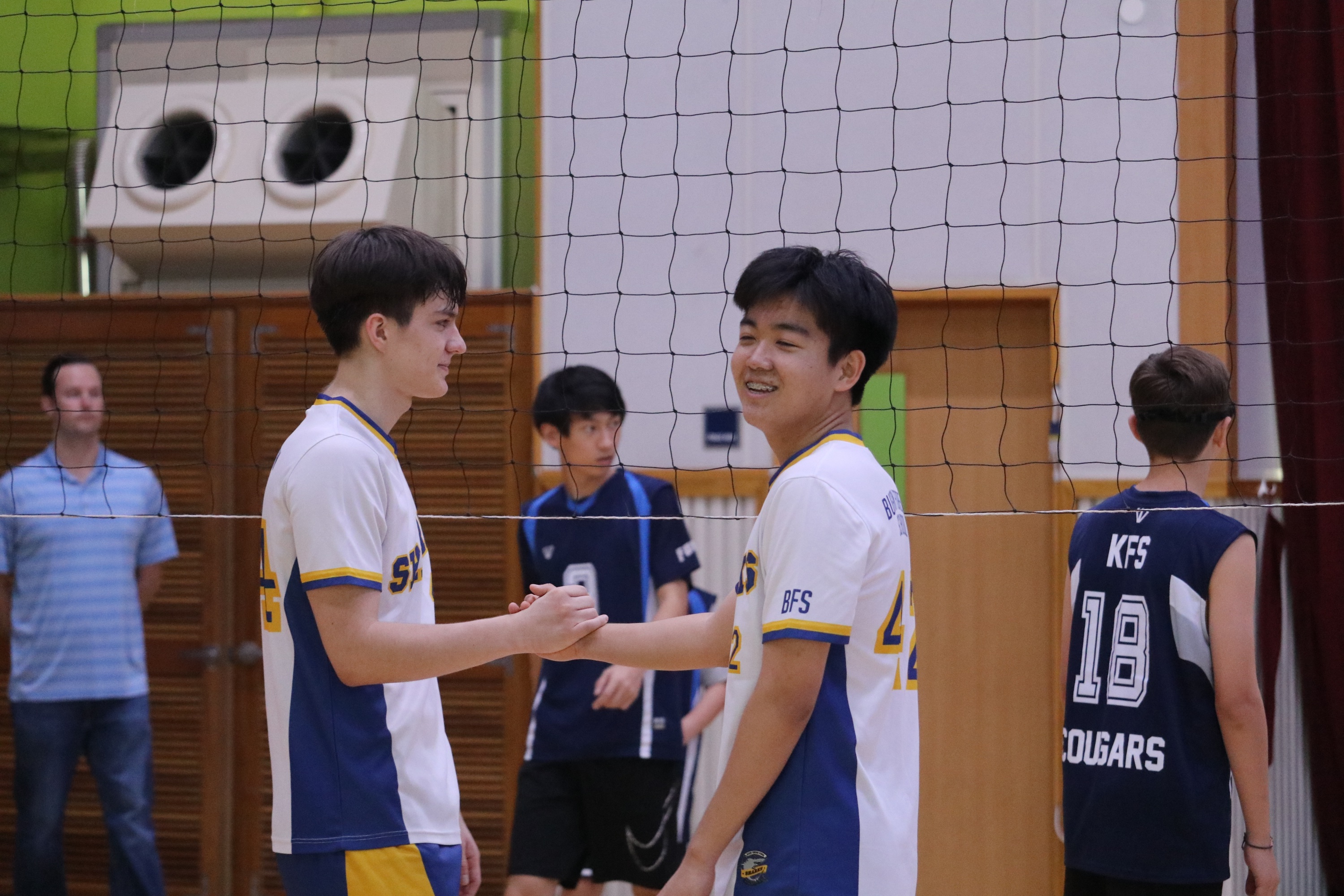 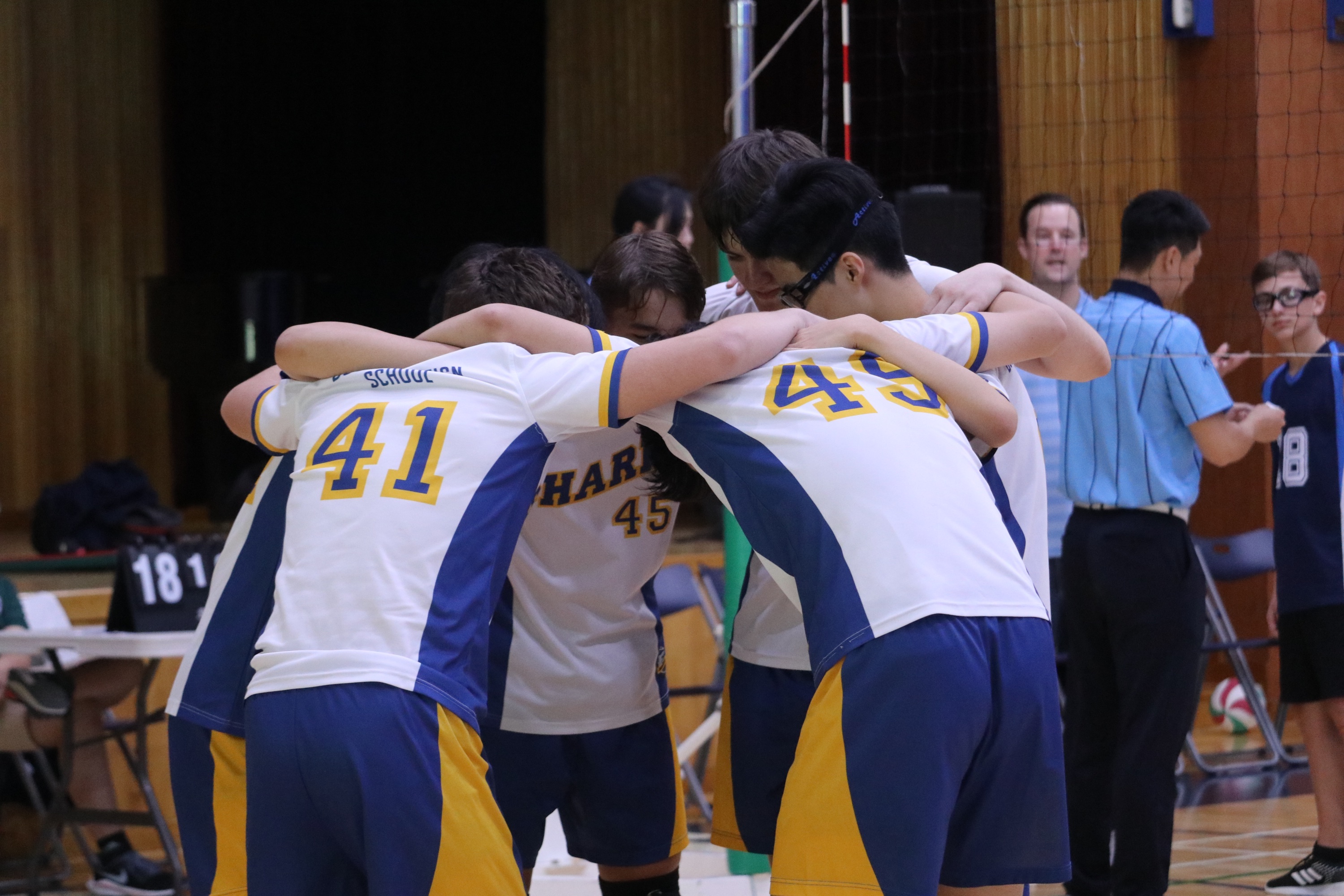 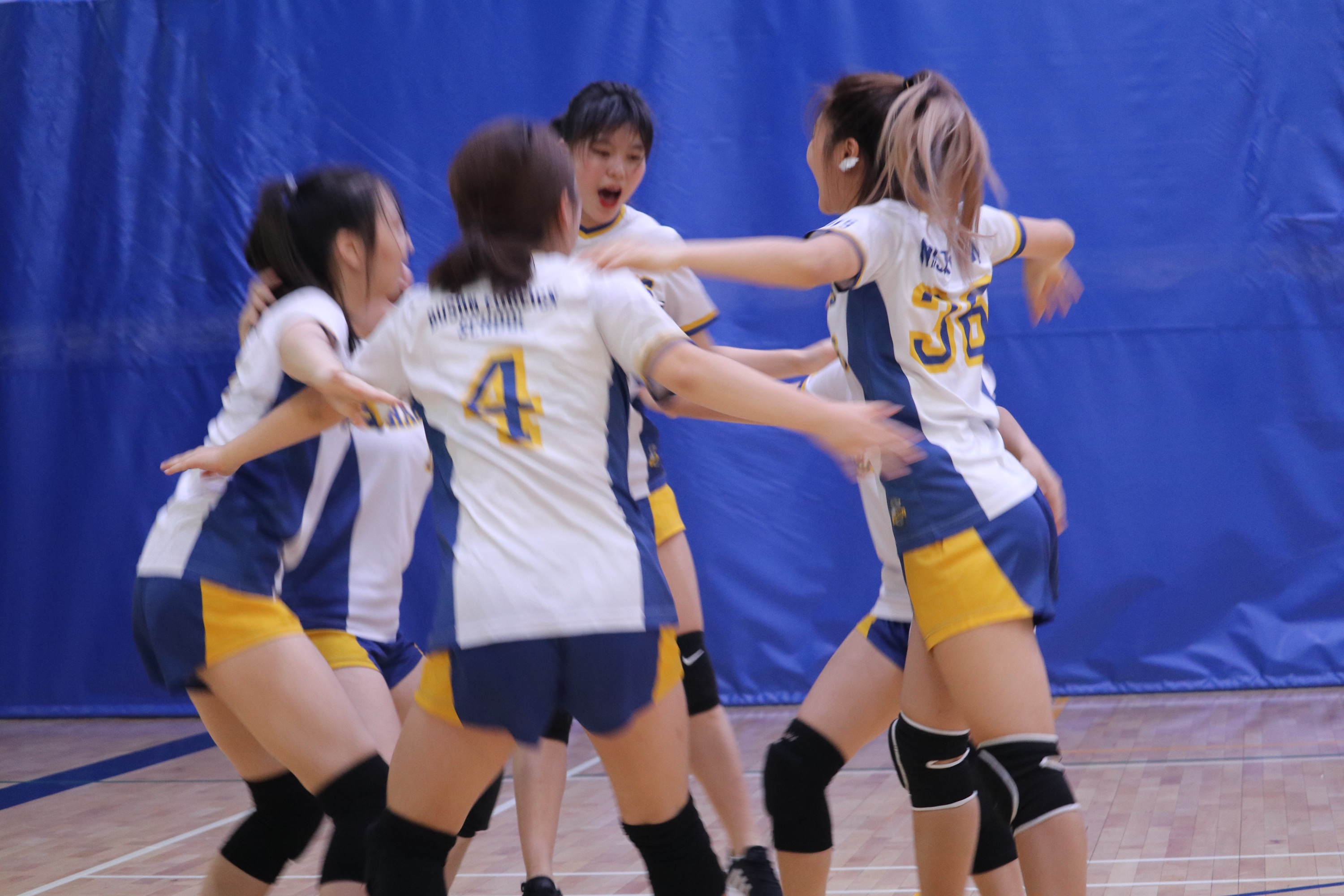 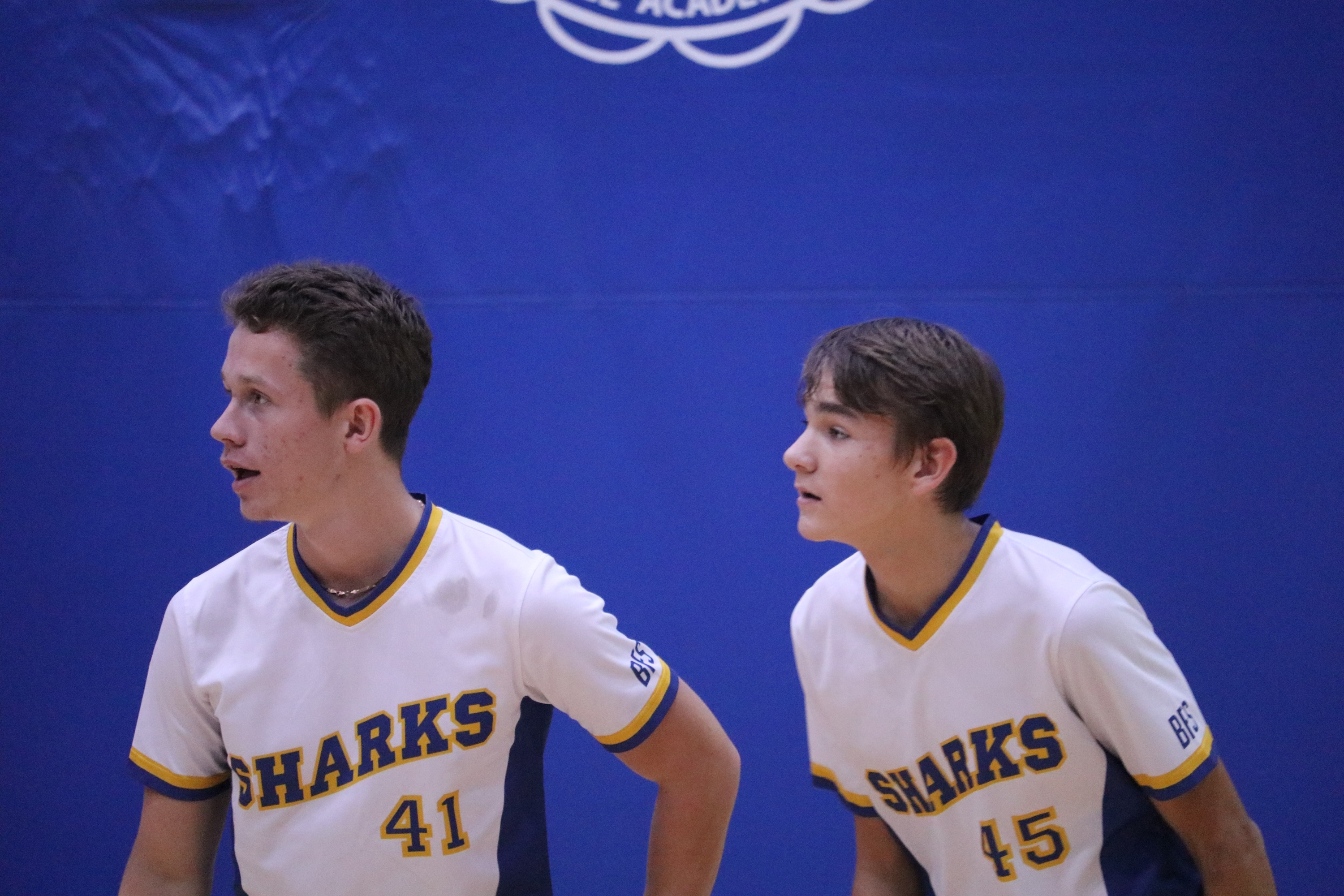 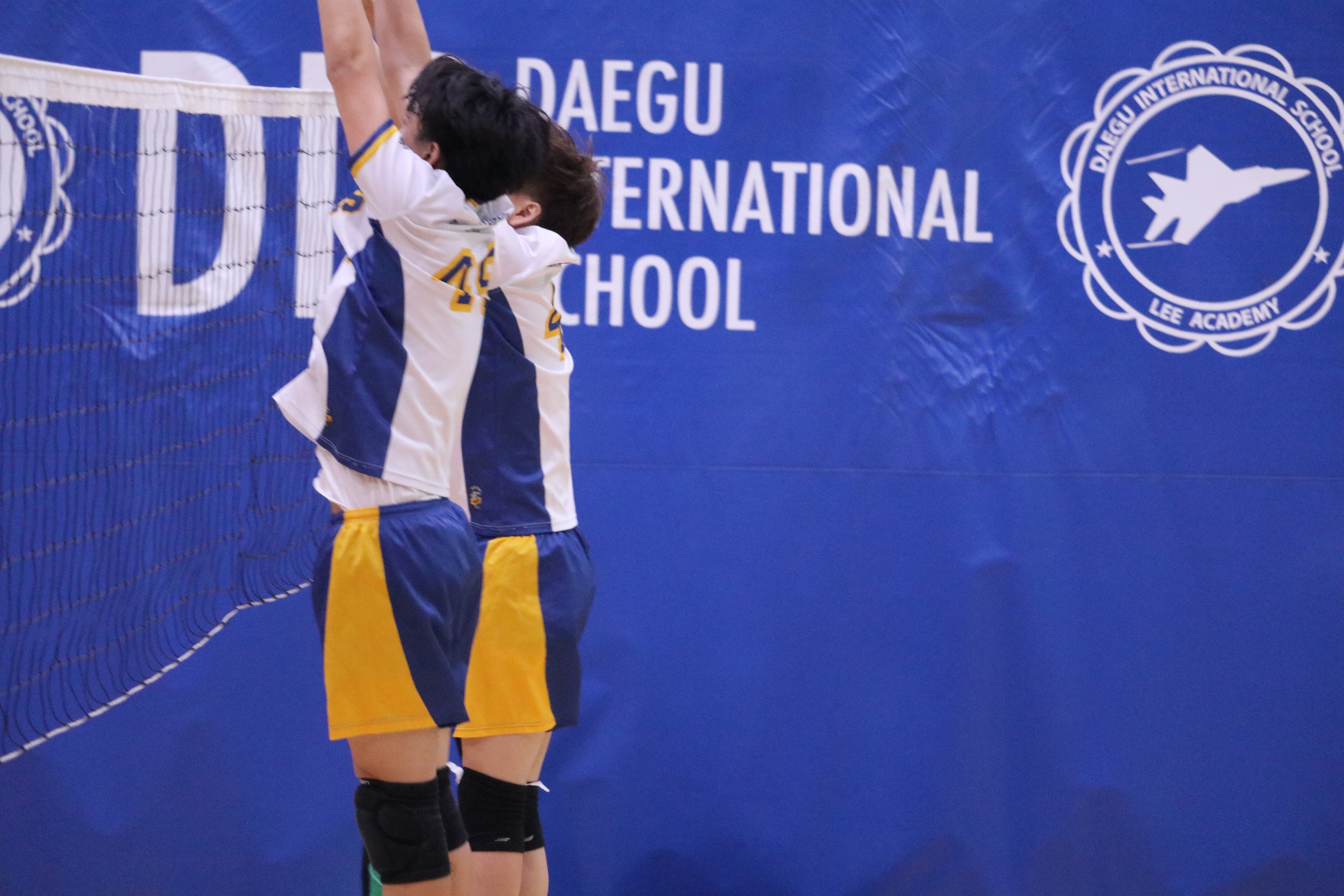 The High School Girls Volleyball team went to Daegu to play in the SKAC Divisional.

The A-Team, captained by Anika Cho, finished with 3 wins and 1 loss. They have improved immensely in their serves and their hits. Anika ‘The Ultimate Weapon’ flipped point after point with her powerful serves and Ejew ‘The Red Sniper’ held the team together with her precise sets.

The B-Team, captained by Ewon Kim, finished with 2 wins and 2 losses.  The team came out in true Shark fashion, ready to take a bite of the competition by defeating both GIFS and DIS (B Team) in straight sets.  Following their captain’s lead, the breakout players Lucy Park, Claire Bae, Rheena Kim, and Gaetane ‘The Secret Weapon’ Slootweg contributed to the team with quick feet, loud communication, and long serve rallies.  Despite falling short to DIS (A Team) in a third set and taking a loss against their own BFS A Team teammates, the ladies look forward to further development before the finals in October.

The HS boy’s volleyball teams traveled to DIS for a small round-robin tournament on September 24. The A-Team had a successful day with a record of 3-1. The best match and competition was against DIS. Set 1 was neck and neck, both teams playing hard and well. BFS won the set, but then the refs reversed a call, and the set was no longer BFS’s. The boys kept playing and fighting for the win, but there had been a shift in momentum and BFS ultimately lost 27-29. The second set against DIS was just as competitive, as both teams were eager to win.  Although BFS lost that set 19-25, the team played hard and improved as a unit. In that match alone, BFS had 12 kills, 4 blocks, and 7 aces. A-Team is somewhat young this year, with only 3 returning players from last years A team (Oleg Yuguy, Alex Lee, Sergei Chernov), but looks forward to tremendous growth over the next month leading up to the finals.

The B-team played to a 2-2 record overall. The three B teams at the tournament split their games, so there was no clear cut overall top team, but following a complicated tie-breaking scheme BFS came in second place. Ironically they beat the top-placed team in a head-to-head competition and would have been the overall winning team in the B division if they had been able to score two more points against GIFS.

As a team, there was tremendous growth in communication throughout the day. Team “serve/receive” improved to the point where nearly 50% of the serves passed were on target for the setter to choose least two options in the offense. Serves in the opponent’s court rose to around 75%, only 5% from the team goal of 80%.

Volleyball is a team sport, but coach Brenneman noted that leadership from Nikita L. and Isaiah C. on the court helped the overall team success and noted that Alex J. consistently delivered from the service line.

February 2018: A word from the Principal

February 2018: A word from the Principal Last month we released a new promotional video…

We have recently been advised that BIFS has cancelled tomorrow’s elementary boys basketball SKAC tournament.…