This word would be my ideal description of the Yale-NUS Asia Pacific Model United Nations 2016.

On the coldest day of this year’s winter, January 20th, the team came together in short-sleeves and shorts at the airport. Everyone seemed very excited for the trip. As soon as we arrived with our suitcases at the Kimhae Airport, Yushin flipped out her infamous selfie stick and everyone took a billion selfies — it is not an exaggeration to say that we took the most selfies at the airport out of the whole trip. Soon, we were on our first plane to the Pudong Airport in Shanghai and after a short lay over, we were on our second plane to the Changi Airport in Singapore. Welcomed by the intense humidity and the long-awaited warmth, we made our way in a bus to Parc Sovereign Hotel for our first night in Singapore. (Woohoo!) It is no secret that we were singing Disney songs on the way as a continuation of our tradition from the Thailand Service Learning Trip. After our check-in, we all went to sleep in anticipation of the next day.

By morning, we were all pumped for a day at the Universal Studios Singapore. We went on almost all of the rides and thoroughly enjoyed ourselves with thrilling roller coasters, bright blue slushes in potion bottles, lunch in Jurassic World, and most importantly, time with friends. Universal Studios was unbelievably thrilling and after all of the stress and difficulties from work at school and preparations for MUN, all of it seemed to vanish after a few screams and shrieks. Following Universal Studios, we took another bus to the Night Safari and saw night animals and fire shows and even took trams through the forest in search of wildlife. That night, having returned to the hotel, everyone fell to sleep.

On the final day of the committee sessions and our last day in Singapore, at the Flower Garden in the Gardens by the Bay, a beautiful park in Singapore, we had our final ceremony and celebrated the success and end of the Yale-NUS Asia Pacific Model United Nations 2016. The place was beautiful and as a special guest, the Minister of Foreign Affairs of Singapore visited. I had a chance to ask him a few questions on Singapore and its place in today’s world. Our team had to race to the airport to catch the plane back to Pudong Airport in Shanghai. In Shanghai, we took another plane back to Kimhae Airport and I am going to confess here that I looked like a homeless person sleeping on the seats at the airport. But we were back to

From this invaluable experience, I learned things that I would’ve never learned. First, from our non-MUN events, I had a chance to truly immerse myself in a new culture. Although Singapore is a small city-state with a small population, the myriad of culture and the diversity of people truly interested me. As for the actual committee sessions, I was excited to see so many kids passionate and committed to the world problems and things happening today around the bubble we tend to live in. 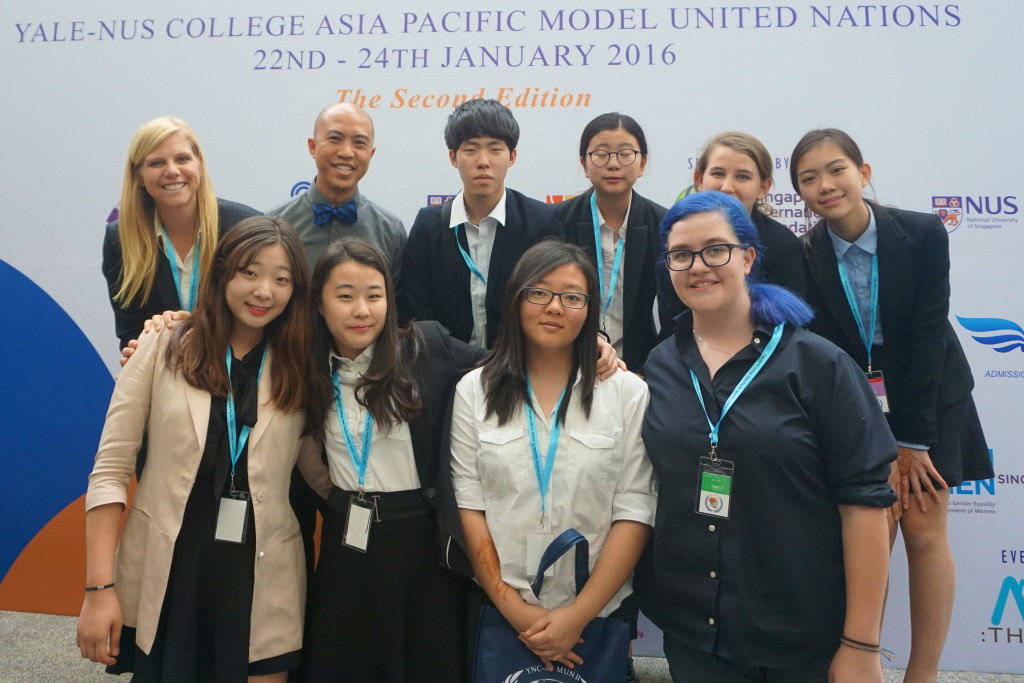 The December BFS Newsletter has been published

The December BFS Newsletter and third issue for this 2017-18 SY has been published. Check…

Below you can find the School Supply lists for 2019-2020 school year. For Early Childhood…

Enjoy the break BFSers. Our main office will remain open from Monday through Friday, 9:00am…