The HS Student Council organized a fun and intense “Mafia” game for the high school students during lunch time on the 17th of February.

“Mafia” is a game in which people are secretly assigned as mafia, detective, doctor, and townsperson. The object of the game is to eliminate the mafia before the mafia can eliminate the whole town. The game also includes a narrator, Mr. Virgen, who facilitates the “town meetings” where different students get accused of being mafia members. When accused, students had to come up with an alibi of why they were not mafia.

Students were very creative with their stories! This was an enthusiastic event in which both teachers and students participated. The students all had a blast!

Interestingly, the mafia won the game; nobody was able to figure out who the mafia members were! 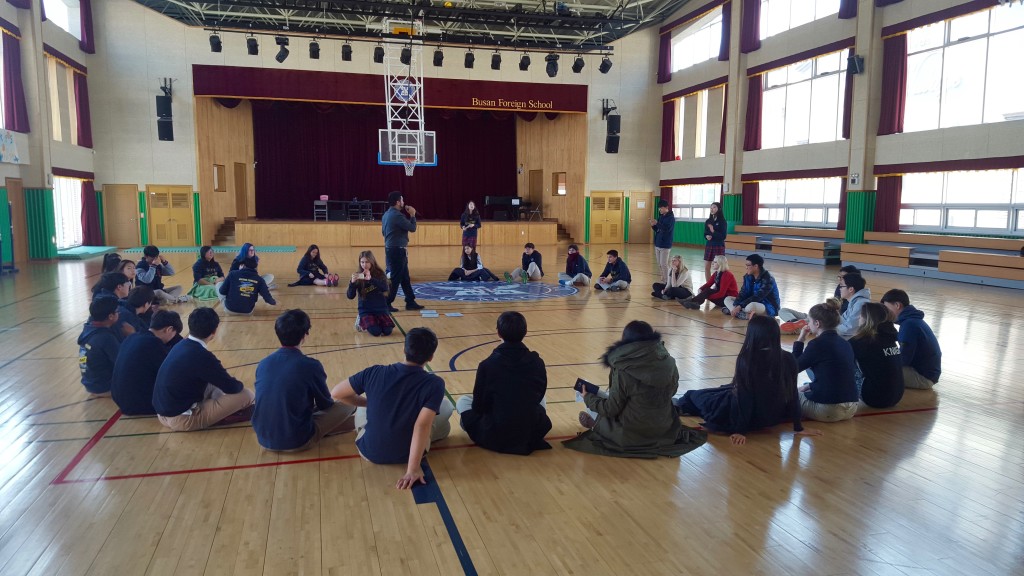 It was a fun-filled day for middle school of BFS on April 11! The MS…

During March, the National Honor Society has conducted a clothing drive for the local orphanage.…

Our students attended the 2017 History Bowl Tournament in Seoul over 1/21/2017. Our students did…