skip to Main Content
On Saturday, December 9, 2017  Busan Foreign School hosted the Southern Korean Activities Conference HS Girls Basketball Finals. I
n the Lady Shark’s first game of the morning they faced the Busan International Foreign School (BIFS) Bears.  The Bears started the game with a full court press and really pressured our girls, making it very difficult to advance the ball up the court.  BFS struggled to break the pressure and were dominated by BIFS, losing by a score of 6-25!  BFS had 32 turnovers in the game and with that many turnovers it is easy to see how BIFS pulled away to win by 19 points. For the game, our BFS Lady Sharks made just 3 shots out of 12 attempts for a total of 6 points, while the Bears made 12 shots out of 21 shooting attempts. Although we lost this game we were confident that we could earn a rematch against BIFS in the Final if we could win our next two games.
In the second game of the day the Lady Sharks faced Handong International School (HIS). Our girls played much better and outscored HIS 29-8 for the win. The Sharks made 13 field goals and 1 three point shot out of a total of 44 attempts (29 points), while holding HIS to just 3 for 27 shooting the basketball and two free throws to round out their scoring at 8 points.
In their third game of the day our Lady Sharks faced the Daegu International School (DIS) Jets. In this game we continued our hot shooting by making 9 out of 18 shots in the first half, including 5 three pointers by Daniella; propelling the Sharks out in front at halftime by a score of 23-5. DIS made just 1 shot out of 5 shooting attempts to go along with 3 free throws prior to halftime. In the second half the Jets made 3 baskets and a free throw to round out their scoring at 12 points, while BFS scored 2 baskets in the second half to finish out their scoring for a final result of BFS 27 — DIS 12.
Having won the previous two games our girls had now earned their rematch with BIFS in the SKAC HS Girls Basketball Championship Game. Knowing we would face tremendous pressure, we knew ball control and ball security was going to be the difference in the game. The game started similar to the first round game whereby BIFS pressured and scored early, hitting the first two baskets of the game before the Sharks broke the ice and hit their first field goal to make the score 2-4 about midway through the first half. After more tough defense on both sides Daniella hit a 3 point shot to give the Sharks their first lead of the game at 5-4. BFS picked up another basket and a free throw, and BIFS also scored a basket to close out the halftime score at 8 to 6 in favor of the BFS Lady Sharks.
In the second half Jihong scored an early bucket to push the lead in favor of BFS to 10-6.  BIFS hit a free throw, then another basket to close the gap to 10-9 with 11 minutes remaining in the championship game. It was at this point in the game that our Lady Sharks showed their true grit and determination, with three successive baskets to push the Shark’s ahead to 16-9.  BIFS answered with a bucket to cut the lead to 16-11, then Daniella lifted a high-soft-floater from around 22′ that hit nothing but the bottom of the net «SWISH», another 3 point basket that pushed BFS out in front for good at 19-11 with roughly 5 minutes to play.  In the end the BFS Lady Sharks would simply not be denied the championship trophy; closing out the game to win by a final score of 23 — 16!!
Finals Scores:
BFS   6  —  25  BIFS
BFS   29  —  8  HIS
BFS   27 — 12  DIS
BFS   23  —  16  BIFS  (Championship Game)
For the Finals Tournament:
Lady Sharks:     36/104 (8 three pointers), 5/21 free throws, total points — 85 points (21 ppg.)
Opponents:  25/105, 0 three pointers, 11/29 free throws, total points — 61 points (15 ppg.)
For the Season:
Lady Sharks:  59/206 (9 three pointers), 134 points (20 ppg.)
Opponents:  39/149 (0 three pointers), 87 points (12 ppg.)

But… what about the boys?

The boys basketball team journeyed to the BIFS Bear Cave for the final competition of the SKAC season. Fate would have it that the BFS Sharks’ first game was against the Jets of Daegu. The Sharks’ defense was ferocious, holding DIS to only 15 points! The offense was slow to get the engine running though, and the final score was 8 to 15 in favor of the Jets. In their second game of the day, the Sharks were face to face with HIS, who would go on to win the championship. The BFS Sharks proved in the first half that they can be a force to be reckoned with! Going into halftime, BFS was only 6 points behind the future champs. Maintaining a physical and tenacious defense proved to be too much for BFS in the end, and the final score was 13 to 38. In their final game of the season, the Sharks were physically superior to their opponent, KFS. They left it all on the court, racking up seven charges taken on defense! KFS made some big three point baskets in the closing minutes and ended up winning 25 to 40.
The BFS boys team has so much potential, and they have their eyes set on the SKAC championship. The team will continue to practice and work hard to improve in preparation for the KISAC tournament in Jeju. 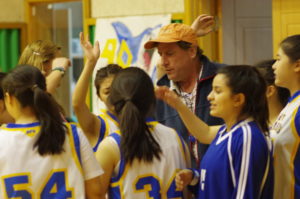 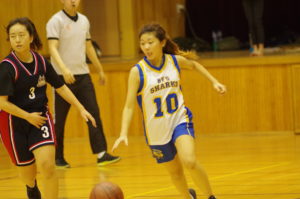 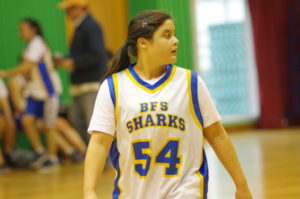 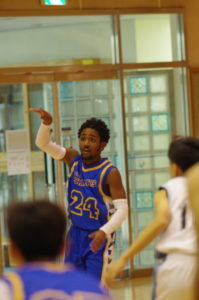 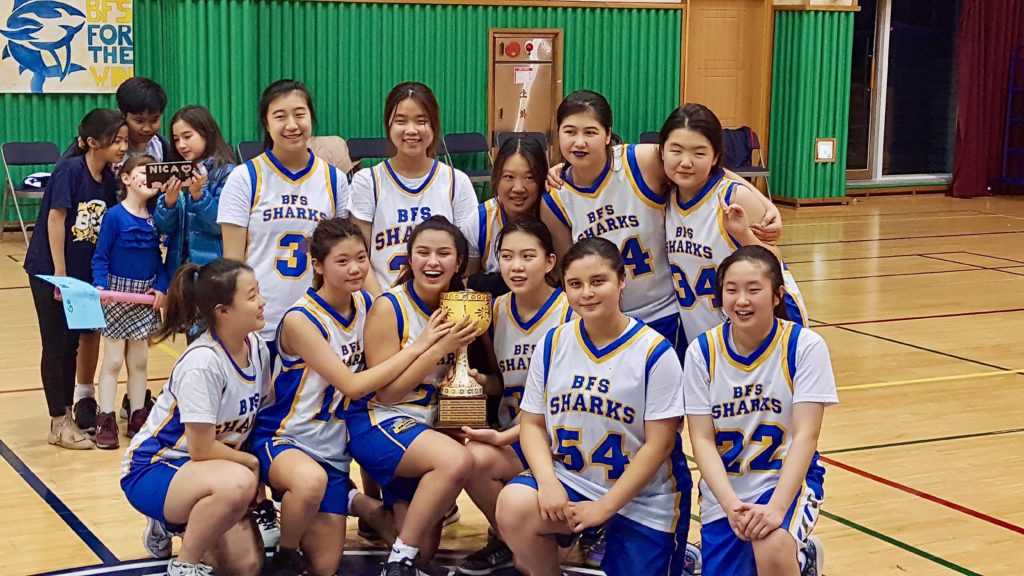 On October 20, Busan Foreign School had its 21st birthday in which students and staff…

It is always great to find out what BFS alumni are up to, where they…