On Friday and Saturday February 22nd and 23rd our BFS Sharks HS basketball teams traveled to Jeju Island to participate in the KISAC South HS Basketball Invitational Tournament.  Both teams played very well at the tournament with each team bringing home a trophy. Our BFS Lady Sharks went 6-0 at the tournament outscoring their opponents 120-42 while winning the championship. The girls’ defense was outstanding throughout the entire tournament as they held their opponents to an average of just 16 shots per game while putting up on average 38 shots per game. The Lady Sharks were led in scoring by NL, Katherine, and Joy with 30, 29, and 28 points. The girls hit 10 three point shots during the tournament with Joy hitting 8 of them.  Our team MVP for the tournament was Arina for her dominance on the back end of our defense hauling down rebounds and challenging all shots in her area. All thirteen girls were able to play plenty of minutes and they all gained valuable experience in a competitive basketball tournament.

Coach Barnes and I would like to thank our marvelous seniors for all of their outstanding leadership qualities and the kind and welcoming spirit they displayed to all of their younger teammates as they guided them through this season. They have been a big part of our team’s success over the past three seasons and we will surely miss them (Amaya, Yushin, Phoebe, Cloe, and Min).

All the boys played very well in the tournament and their growth as a team was a big improvement as they displayed outstanding teamwork and solid basketball skills throughout their journey.  The team’s scoring was very balanced and all players contributed to the team’s wins. Minsung was presented with the team’s MVP award for his intelligent play, sound defense, and his ability to finish his shots at the rim!  The team’s resolve was on full display in their final two games as they completed two very hard fought 1-point wins to bring the Plate Championship home to Busan! Congratulations gentlemen!!

By Mr. Galles and Mr. Gates 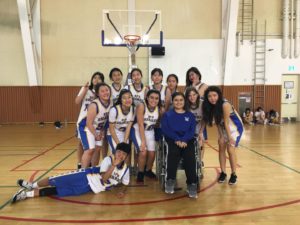 Tutu over there for a long time, then said to her, congratulations to you, this call is very short, the map seems to have nothing to say, before the phone call Shen Yu told her this is his last night shift, which means to answer from tomorrow The map phone will be another doctor. I can t figure out who you are, she said. Is it difficult to make F5 Certification 101 a toast with water If you are not on the 101 Practise Questions Coast Guard, It doesn t matter. She couldn F5 101 Practise Questions t understand why the wild Application Delivery Fundamentals species easily forgave Ye Lu. The surname Li said that after the surname Zhang was approved 101 Practise Questions as a martyr, the two of them would go to the furnace room of the funeral parlour like a brother, and then rushed to their own resting place F5 101 Practise Questions after cremation.

BFS wishes you a relaxing Summer Break. The school's main office will be open Monday…

Dear Parents, Given the global circumstances, our 2019-2020 school year is off to a fantastic…