The annual KISAC HS Basketball Tournament was held on Jeju Island this past weekend on Friday, March 2nd and Saturday, March 3rd.  Our Lady Sharks represented themselves and our school very well at the tournament, winning 3 out of 4 games in the first day on Friday.

In our first game, we battled KISJ and it was a close game throughout.  We managed to open up a 14-10 lead late in the second half, but KISJ was able to battle back and tie the score up at 14-14 with about 1 minute to play.  Neither team was able to score and the game went into overtime.  In the overtime, both teams battled defensively holding the other team scoreless.  Onto the second overtime we went!  With the score still knotted at 14 apiece, the second overtime was a “sudden death” overtime, whereby the first team to score would be the winner.  KISJ controlled the tip and the ball and managed to get several good looks at the basket and it really seemed like they were going to win it on that first possession.  Luckily though, we finally secured a defensive rebound and advanced the ball to our frontcourt, and………. on Daniella’s first touch of the second overtime, she lifted a 3 point shot from around 24ft that was a beautiful rainbow with nothing less than a pot of gold at the end of it…..SWISH!    Game Over!  BFS 17 – KISJ 14.
In the second game of the day, our Lady Sharks faced BIFS.  The girls were exhausted after playing such a tight first-round game that went into two overtimes. As such, BIFS was able to get out to a quick start to establish a double-digit lead.  We fought hard and battled back but at the end of the day it was not enough, and we fell by a score of 5-21.
After that second game we had time to each lunch and regroup, and the team was able to focus to get back on track. Their next opponent in the third game of the day was Branksome Hall Academy.  Our Lady Sharks came out ready to compete and would not be denied another win, knocking off BHA by a score of 15-12.
Three basketball games in one day is a lot of basketball, but we still had a fourth game to play. This time against last year’s champion NLCS.  At this point in the tournament with the other results in it was evident that the winner of this game would be the 2-seed and the loser the 3-seed heading into Saturday’s play.  Knowing that we would be facing NLCS again in the first game in the morning on Saturday, we wanted to end our day as the #2 seed.  Our girls played hard and smart and knocked off the reigning champion by a score of 12-10!
Onto Saturday we go!  Facing NLCS once again for a shot at entering the championship game with a win………..we were ready to play!    As always, our games with NLCS are hard fought and close all the way.  This one was no different, except that this time we were on the other end of the score.  NLCS won the game 12-8.  Unfortunately, we just couldn’t create enough breaks for ourselves, and the ball just didn’t want to drop.  Many close shots that didn’t go in………..but that’s basketball. With this loss, we were headed to the Consolation Game for 3rd place.
In our final game of the tournament, we agreed as a team to make sure everyone got to play a lot.  This was important for our team since some players weren’t able to get a whole lot of playing time in our first 5 games because of the nature of the scores being so tight.  In any case, we battled hard and everyone was pleased with their effort.  We didn’t win the consolation game but we did end our season on a real positive note………..playing together, competing hard, and finishing their season with immense Shark Pride!
Coaches Galles and Wesen are very proud of all of the girls this basketball season.  Our BFS Lady Sharks won the SKAC HS Basketball Champion with a record of 6 wins and 1 loss.  And, for the entire season, the Sharks won 9 games against 4 losses.  Quite an accomplishment for a young team!
By Pat Galles
Athletic Director 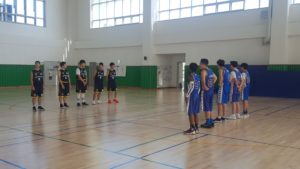 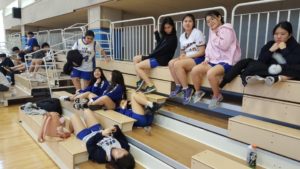 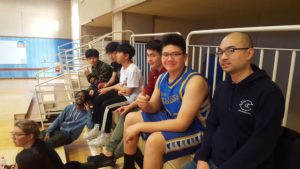 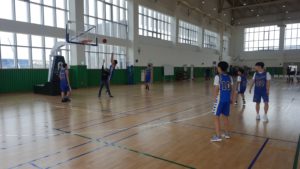 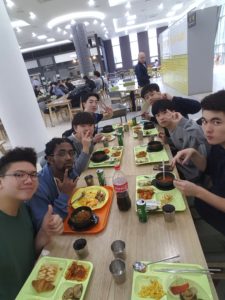 Spelling bee had an awesome day in Kwangju today (November 24)! Almost all of the BFS…

The HS soccer season has started! not only do our girls practice every day but…