On Tuesday, December 6, 2016 our BFS Shark HS Girls Basketball Team participated in the SKAC Basketball Finals held at BIFS.  Entering the day BFS was the #5 seed with a Divisional record of 2 wins and 2 losses.

In our first game of the Finals Tournament the girls got off to a slow start offensively but kept the defensive pressure on and eventually broke away to win by a final score of 14-8 over DIS.

In the second game of the Finals Tournament our team gave up a few easy baskets early to GPA and fell behind with a slow start, but soon gathered their composure and rallied to win by 10 points with a final score of BFS 25 – GPA 15.

By winning these two games our BFS Sharks were guaranteed to move up in the rankings and eventually ended in a three-way tie for second place. KFS finished with a 5-1 record earning them the #1 seed, while BFS, BIFS, and GIFS all finished with identical records of 4 wins and 2 losses.  A (point differential) tiebreaker was utilized to determine seeds 2, 3, & 4 and our BFS Sharks were awarded the #4 seed based on the points-scored minus points-conceded tiebreaker.

On to the Semi-Finals:
In the first round of the semi-finals BFS the #4 seed played against KFS the #1 seed in what was a rematch of a very close and exciting Divisional Round game which ended 13-11 in favor of KFS.  The semi-final was also a very close and exciting game from the opening tipoff to the final horn. BFS, hampered by cold shooting early, was playing well but just couldn’t get the ball to fall on many close shots. By halftime the score mirrored a defensive battle with KFS in the lead 14-10. We felt very confident that once our shots began to fall we would be able to take over the game in the second half.  Our determination proved to be right as we outscored the #1 seed 17-9 in the second half and won by a final score of 27-23 placing us in the championship game of the SKAC League Tournament.

BFS the #4 seed was now set for a rematch against BIFS the #2 seed. In their previous matchup in the Divisional Round the Sharks broke open a very close game in the second half to win by a final score of 17 – 10 over BIFS. This rematch in the championship game of the SKAC tournament pitted two very aggressive teams that play solid defense and put constant pressure on their opponents.  As a result, the championship game was a low scoring affair due to the top two teams being so evenly matched.

In the first half of the championship game, the Sharks had plenty of open looks and many short shots near the basket but just couldn’t seem to get the ball to drop through. By halftime BIFS held a slight lead at 10-6. Determined to make a comeback once again, the Sharks caught up quickly on the scoreboard and took the lead at 11-10 with about 14 minutes to play. From that point on neither team seemed to be able to score until BIFS tied the game on a free throw at 11-11 with about 3 minutes left to play in the game. Trying desperately to separate themselves on the scoreboard, the Sharks were determined to put the game away. Unfortunately, it was not meant to be on this day, as the ball just would not drop in the hoop for BFS. Eventually BIFS scored what would be the winning basket with about 2 minutes remaining as they took a two point lead 13-11. After missing several very close shot attempts the ball was rebounded by BIFS and the Sharks were forced to foul.  BIFS made one of two free throws to extend their lead to 14-11.  The Sharks had one last chance at a three point shot in an attempt to tie the game and send it to overtime, but the attempt did not materialize and the championship game went to BIFS 14-11.

Our girls played with outstanding SHARK P.R.I.D.E. throughout the entire basketball season and Coach Galles could not be more proud of each and every member of the team!! 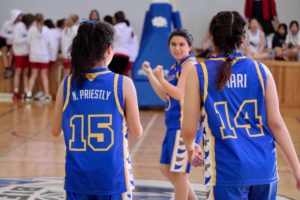 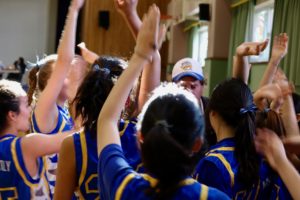 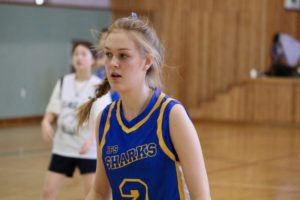 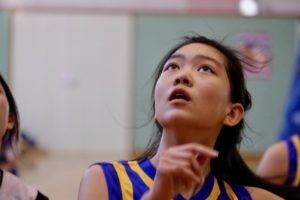 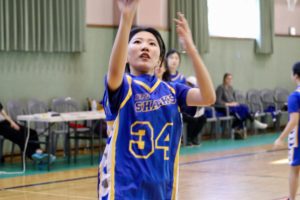 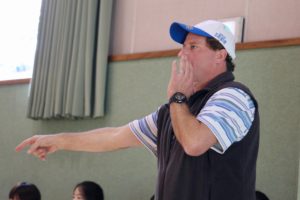 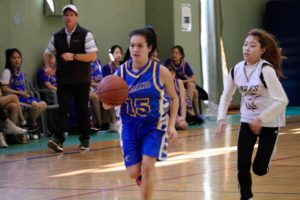 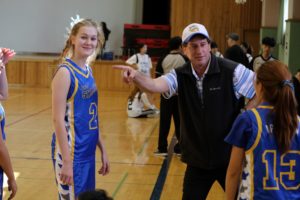 STEM fair! Me, Connor, and Aiden we’re pumped about going to the STEM fair! Ms.…

The BFS new Shark Tank is out! 🎬 In this episode of Busan Foreign School's…

HS Soccer SKAC divisional results: we did it!

Outstanding day for the boys team as they went 3-0! Tremendous leadership by Captains Sam…